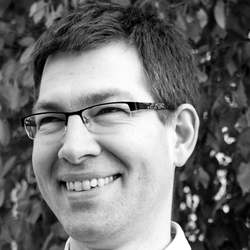 James is the VP and General Manager of Qualcomm’s Voice, Music and Wearables business, rejoining in 2019 following a year as CTO of MIRACL, an advanced online authentication company. He originally came to Qualcomm via its acquisition of CSR in 2015 and has held a range of VP-level posts in Engineering, Product Marketing and Product Management.

Before joining CSR in 2013, James spent 7 years at Broadcom running software teams designing the world’s leading mobile multimedia solutions. During this period James was privileged to work with the inspired and inspiring team that went on to develop the Raspberry Pi which uses the chips developed, in part, by James and his team.

Starting his career as a physicist working at Cambridge Consultants, James joined TTP Communications in 2001 in order to learn about mobile communications; he ended as head of their Research group. He has had a long association with CW having helped to form its AI SIG and recently working with colleagues to establish a group looking at ‘Engineering Trust’.

James has a 1st class degree and doctorate in Physics from the University of Oxford and an MBA from Henley Business School. Outside work James is a keen amateur musician.