4G and Beyond: The Mobile Landscape in the UK after the LTE Auction

Brought to you by The Enhanced Mobile Broadband Group

The auction for 800MHz and 2.6GHz spectrum concluded in early 2013, putting an end to a period of uncertainty in the UK mobile sector. The introduction of 4G, and what this means from both a business perspective and a technical perspective.

Observations from a business perspective will be based principally on the experience of 4G in the UK with EE and from international markets, with the technical perspective focusing on future technology upgrades for LTE and what they might mean. The session will also look to the latter end of the decade and consider the next major release of spectrum, 700MHz.

This Mobile Broadband SIG will look at what the introduction of 4G means from a business perspective and from a technical perspective. The session will also look to the longer term and consider the next major release of spectrum, 700MHz, sometime later in the decade.

A collective of industry experts, representing different perspectives, who each shall give an insight to what the introduction of 4G means for business and technology.

This popular SIG event, ‘4G and beyond: The mobile landscape in the UK after the LTE auction’will focus on:

Presentations will be heard from:

Cambridge Wireless and Intellect would like to invite you to join them for networking over lunch and to discuss the UK mobile landscape.

This event is FREE to members of Cambridge Wireless and to Intellect members. Tickets for non-members are £180 + VAT.

Welcome from our Host, Raj Sivalingham of Intellect

A summary of the key lessons learned from the different 4G (LTE) launches in mature and emerging markets with insight into the Key Success Factors.

4G price premiums are difficult to sustain in the face of competition and limited customer uptake.
Operators in countries that were among the first to introduce LTE have stopped differentiating between 3G and 4G on their tariff tiers.
This presentation explores various scenarios where 4G retains the ability to help drive mobile data
revenue growth but without the heavy price tag.

The past 10 years have seen a phenomenal growth in data traffic over mobile. How have mobile networks been able to meet this capacity demand so far and what are the challenges for the future?

This talk will focus on the next potential major release of spectrum, the 700MHz band

Panel Session with all speakers, chaired by George Grayland of Nokia Siemens Networks 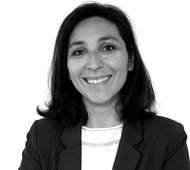 Iris Barcia is Chief Operating Officer and co-owner of Keima, an innovative software company delivering disruptive wireless design solutions worldwide. Iris is an innovator and forward-looking technologist working with the executive teams and engineers at Tier 1 network operators, network infrastructure vendors, neutral-host vendors, government organizations, and international services companies. She has been involved in the proposal and assessment of novel HetNet strategies for nation-wide 4G, 5G, IoT and public-safety networks, with a focus on future capacity provision and multi-technology evolution. Prior to Keima Iris has worked on RAN design, optimization and deployment projects at Telefonica and European rural broadband wireless initiatives. She has a BSc and MSc in Telecommunication Engineering from the University of Vigo (Spain) and an MBA from Cardiff Metropolitan University (UK). 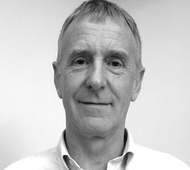 George Grayland was a Senior Wireless Solutions Manager with Nokia. He has now established 5GFutures to advise organisations on 5G Wireless Systems. George joined Nokia in 1998 and was responsible for Mobile Broadband Networks Solutions working with international and UK MNOs and their 4G network deployments. More recently he worked on 5G Networks, particularly on Massive MIMO trials and deployments. Prior to Nokia George held various positions at Philips Electronics in both R&D and Technical Marketing. He has a BEng. in Electrical and Electronic Engineering from the University of Bradford and is a member of the IET. 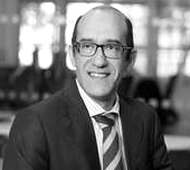 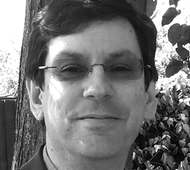 Peter has worked in the mobile communications industry for nearly 30 years, firstly at Orbitel UK and then at Nokia Networks. Peter helped developed the first 2G DCS1800 BTSs to Orange and then continued in building a viable business for network planning & optimisation services in the UK. Holding various roles over the years focusing on UK, Europe and global markets Peter is now a principle services architect in the 5G/densification area helping operators globally to make the most appropriate decisions. Until recently he held the office of chair/vice chair of the Small Cells Forum Operations group where he played a significant role for 5 years.

Many companies in the CW Membership are contributing to the fight against coronavirus. Discover what initiatives are already underway...

How to get your manager to say "yes"

This training will give you the communication skills you need to get your executives on board with your plans.