Chair of the Panel: The role of mobile networks in environmental sustainability 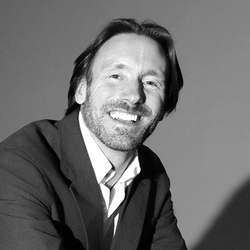 As a consistent innovator and technologist with a strong cyber security background, Professor Adam Beaumont is the Founder and Chairman of trusted communications specialist, aql and CEO of Isle of Man based telecommunications company, BlueWave. He is also the driving force behind establishing both IXLeeds, a fully independent internet exchange outside London and the Isle of Man’s first and only internet exchange, ManxIX. An active angel investor, Adam founded not-for-profit investment platform, NorthInvest which propels co-investment in tech start-ups across the North of the UK.

Adam started his communications career in secure mobile networking for an agency of the MoD. His passion for future technology and its positive impact on the economy and society was recognised by the Maserati 100 to which he became a member in 2019. He is also an ex-lecturer at the University of Leeds and supports its students through an awards scheme to promote the next generation scientists and technologists, The Beaumont Awards and offers scholarships for underprivileged students.

As a devoted environmentalist, he is a Trustee of the Eden Project and non-executive board director of Eden Project International Ltd (EPIL). Adam is also the Honorary Consul of the Republic of Estonia championing trade and close relations with the UK.