Product as a Service in a Connected World Plenary Speaker 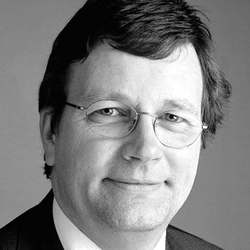 Colin completed BSc and PhD studies in wireless communications at the University of Surrey, Guildford from 1977-85. During this time he was became involved in its nascent microsatellite organisation SSTL, building flight modules for the first two satellites and being its first groundstation manager. The second satellite was launched in 1983 was heard working as recently as 2012. His PhD studies in Ultra Linear Power Amplifiers were sponsored by Philips and resulted in a patent.

In 1989 Colin co-founded and is Chairman of Plextek, one of the largest independent electronics design consultancies in Europe. This has subsequently been demerged to create four additional operating companies: Telensa street light metering and management; PRFI – boutique microwave chip designers; Blighter surveillance Systems – electronic scanning radar as used by Gatwick for drone detection; and Redtail Telematics – Telematics Service Provider for Stolen Vehicle Recovery to TRACKER Network and LoJack/CalAmp, and provision of insuretech to Admiral, ingenie, Direct Line, Acorn and to automotive OEMs such as JLR and others.

Colin was a Non-Executive Director of Amino Technologies from 2002 until 2016, assisting its growth from a small PE company through flotation to its present successful position on AIM.

Colin is an amateur concert pianist and flies gliders in national level competitions.