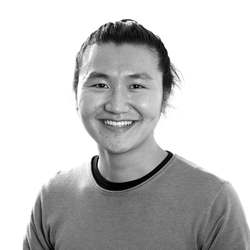 Yo was born and raised in Chigasaki, Japan with the beautiful Pacific Ocean and studied at State University of New York at Buffalo majoring in marketing and branding with a hell of a lot of snow and Niagara Falls nearby. Started his career as a producer at Dentsu, a creative and marketing agency group in Japan. Joined Uhuru in 2015 as a conceptor and is currently based in London leading its overseas HQ Uhuru United Ltd. while also directing data and IoT projects and innovations for the governments, local administrations, and private firms in UK and Japan. Major modes of locomotion are walking, running, and skateboarding.