We are delighted to announce that our Christmas Founders' Dinner will be held at Gonville and Caius College, Cambridge. This popular event is by invite only exclusively to CW Founder members, starting with pre-dinner drinks at the Green Room followed by dinner in the Old Courts Dining Hall.

As a major event in the CW calendar, the Founders' Dinner offers business networking opportunities and introductions with other Founder member organisations within the CW network.

We are delighted to announce Andrew Blake as our distinguished after-dinner speaker.

In the usual tradition, the format for the evening is:

7.00 pm Welcome from Chairman of CW, followed by Dinner

Why not register for the Connected Devices SIG event on 'Feeding AI' taking place on the same day at Gonville & Caius College, Cambridge. Reserve your place here.

Interested in Sponsorship
We are delighted to announce that the Drinks Reception is sponsored by call hr. If you are interested in sponsoring our Founders' dinner or other events, get in touch to discuss benefits of our sponsorship packages, business introductions or Founder membership.

call hr are a provider of a full hr consultancy and outsourcing service that spans the complete employee lifecycle. Our hr services include candidate attraction and assessment centres, selection, onboarding, development, engagement, and separation and outplacement. We also take on all the administrative requirements for employing staff. Our service is tailor made to your business as every business has it’s own way of operating – we create a HR service that reflects your business. Our talent sourcing solution can support you with candidate attraction, head hunting and psychometric profiling to ensure you find a perfect match. Our expertise lies at senior and board level where we take a personal approach and our Talent Directors take time to understand your company, the challenges and complexities you face, your culture and the requirements of the role. 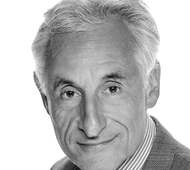 Andrew Blake is a pioneer in the development of the theory and algorithms that make it possible for computers to behave as seeing machines. He is especially interested in segmentation as optimization, in visual tracking as probabilistic inference, and in real-time, 3D vision – see his principal publications on these topics. Some of the main themes of his work are captured in books including "Visual Reconstruction" with A.Zisserman (1987, MIT press), "Active Vision" with A. Yuille (1992, MIT Press), "Active Contours" with M. Isard (1998, Springer-Verlag) and "Markov Random Fields for Vision and Image Processing" with C. Rother and P. Kohli (2011, MIT Press).

He trained in mathematics and electrical engineering in Cambridge UK and at MIT, and studied for a doctorate in Artificial Intelligence at the University of Edinburgh. He was an academic for 18 years, in Edinburgh and Oxford, ultimately as Professor of Information Engineering at Oxford University. He joined Microsoft in 1999 to found the Computer Vision group in Cambridge, before becoming Director of Microsoft’s Cambridge Laboratory in 2010 and a Microsoft Distinguished Scientist.

Currently he is a consultant in Artificial Intelligence. In particular he is Chairman of Samsung’s AI Research Centre SAIC in Cambridge UK. He is consultant and Scientific Advisor to the FiveAI autonomous driving company, and serves as an advisor to Siemens.

He twice won the prize of the European Conference on Computer Vision, with R. Cipolla in 1992 and with M. Isard in 1996, and was awarded the IEEE David Marr Prize (jointly with K. Toyama) in 2001. The Royal Academy of Engineering awarded him their Silver Medal in 2006, and in 2007 he received the Institution of Engineering and Technology Mountbatten Medal (previously awarded to computer pioneers Maurice Wilkes and Tim Berners-Lee, amongst others.) He was named a Distinguished Researcher in Computer Vision by the IEEE in 2009. In 2011, with colleagues at Microsoft Research, he received the Royal Academy of Engineering MacRobert Gold Medal for the machine learning at the heart of the Microsoft Kinect 3D camera.

Exactly 80 years after Einstein, in 2014, he gave the Gibbs lecture at the Joint Mathematics Meetings (see transcript) – the 6th British scientist to do so in 90 years. The BCS awarded him its Lovelace Medal and prize lecture in 2017. He holds honorary doctorates at the University of Edinburgh and the University of Sheffield.