Held at Queens College, Cambridge, the first ‘CW talk’ brings together Professor Mischa Dohler and Tony Milbourn to consider 'Can the UK Secure First Mover Advantage in 5G?' This is first of a series of debates and lectures specifically designed for CW Members and their guests.

After a tentative start in analogue cellular, the UK embraced 2G, with new services such as downloadable ring-tones being developed, regulatory initiatives such as Phones on the Move that pushed the GSM standard into new bands and allowed four operators to be licensed, and enabling at least one operator with global scale. On the technology side, though no long-term players in terminals or infra survived despite valiant efforts, IPR licensing emerged as an important business model for processors and the hardware and software for making chips and phones. The UK played a key role in the emergence of the mass market GSM phone and ARM remains a giant on the world stage.

When it came to data services and 3G though, we dropped the ball. Large Internet service companies based in Silicon Valley adopted mobile communications with enthusiasm and now dominate the market. Though 4G is being rolled out quickly, our coverage still lags many countries even in cities, and in many rural areas GSM is patchy. Now 5G is being standardised and deployment will start in a couple of years – can the UK move first and take the lead in 5G?

5G is more than just a network technology – it is also a system approach aimed at unifying disparate networks and enabling very reliable high-bandwidth low-latency all-pervasive wireless communications. The terminals and infrastructure will likely be developed in China, Korea, and Scandinavia; but there could be huge opportunities for the UK to early develop applications and business models to apply globally. The 5G IN “ …will join together 5G-related businesses of all sizes, from start-ups and Small and Medium sized Enterprises (SMEs) to large businesses and academic institutions…” to develop a successful and world-leading UK 5G ecosystem. The barriers to this will be the unavailability of the terminal devices and the networks themselves. (Indeed, since the jokey meaning of the acronym GSM was “God Send Mobiles”, late availability of terminals – and the means to test them – has been a feature of every generation since.) So developments in applications and business models will have to be done through emulating the network using existing radios, probably 4G cellular and Wi – Fi. But can this work? Will new services be compelling enough when delivered this way to demonstrate and start to achieve their potential, or will we be too early, dissipating capital and resources before there is a chance of establishing a real market?

But, given that early development will have to use already existing networks, why is it not happening already? 3G has been available since the mid 2000s, 4G has been emerging for 5 years, Wi-Fi has been around for more than a decade. What will the UK achieve now that it could not have done years back; and what will change with 5G? Why are all the leaders in wireless networking and applications based outside the UK? Is this less to do with a coordinated approach now, and more to do with the preference for financial over technical engineering in the UK over the past 50 years? Perhaps but all we can do deliberately is create an atmosphere: money, technology, confidence: that encourages and supports heroes.

If you are a non member then you are still able to attend this event at a cost of £75 plus VAT.

Following this CW Talk all delegates are invited to join the CW Founder Dinner reception. Please note : separate registration is required for the Founder Dinner itself, which is usually oversubscribed. We do operate a wait list. The results of the CW Talk discussion will be reported on and discussed after dinner.

Find out more about CW Talks 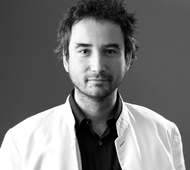 Mischa Dohler is full Professor in Wireless Communications at King’s College London, driving cross-disciplinary research and innovation in technology, sciences and arts. He is the Director of the Centre for Telecommunications Research, co-founder of the pioneering smart city company Worldsensing, Fellow of the IEEE, the Royal Academy of Engineering and the Royal Society of Arts (RSA), and a Distinguished Member of Harvard Square Leaders Excellence. He is a frequent keynote, panel and tutorial speaker, and has received numerous awards. He has pioneered several research fields, contributed to numerous wireless broadband, IoT/M2M and cyber security standards, holds a dozen patents, organized and chaired numerous conferences, was the Editor-in-Chief of two journals, has more than 200 highly-cited publications, and authored several books. He acts as policy, technology and entrepreneurship adviser, examples being Richard Branson’s Carbon War Room, former Minister David Willetts’ 8 Great Technology Fund, UK Regulator Ofcom, UK Ministries, No 10, EPSRC ICT Strategy Advisory Team, European Commission, Tech London Advocate, ISO Smart City working group, and various start-ups. He is also an entrepreneur; composer & pianist with 5 albums on iTunes and an artist-verified Spotify account; as well as fluent in 6 languages. He has talked twice at TEDx. He had coverage by national and international TV & radio, and his contributions have featured on the BBC, the Wall Street Journal and many others. 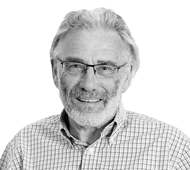