No Labels! Tackling gender stereotypes that hold back women tech entrepreneurs in low- and middle-income countries

Join us to examine the prevalence of gender stereotypes experienced by women entrepreneurs operating in the tech sector - particularly those in low and middle income countries - and to explore innovative solutions to dismantle them.

Across the world, gender stereotypes are holding women back. Almost 90% of people are biased against women, according to the recent Gender Social Norm Index analysing data from 75 countries across the world and this bias extends across all aspects of women’s lives.

The tech sector is still predominantly male; these gender stereotypes are rife and are significantly contributing to the gender gap in women’s representation. Just 15% of senior leaders in the tech industry are women. Women are not seen to have the right characteristics to succeed – they are not seen as risk takers, resilient, assertive, or confident compared to their male counterparts and instead are pressured to prioritise family and domestic duties. Nearly two thirds of the women entrepreneurs in low- and middle-income countries surveyed for the Cherie Blair Foundation for Women's 2019 report had also experienced these negative stereotypes.

The consequences of these gender stereotypes not only prevent women from achieving their potential, but also create significant long-term problems for the tech sector – from gender-bias in the products and services that are created, to an inability to fill the millions of specialist tech jobs that are anticipated to be created in the next 10 years.

It is impossible for the tech industry to achieve its full potential unless women are fully included and equally represented – as employees and entrepreneurs. Tackling gender stereotypes is a long-term process and there are multiple ways the industry can embrace the challenge and step up as a community to dismantle these gender stereotypes.

To explore the prevalence and impact of gender stereotypes experienced by women entrepreneurs operating in the tech sector – particularly those in low and middle income countries – the event will bring together Sian Hawkins, Director of External Affairs at the Cherie Blair Foundation for Women; Odunayo Sanya, General Manager, Planning & Customer Management at MTN Nigeria, and Fadé Ogunro, CEO at BookingsAfrica.com

Together, they will discuss:

In collaboration with Cherie Blair Foundation for Women

Cherie Blair Foundation for Women helps release the potential of women entrepreneurs in low and middle income countries, and close the global gender gap in entrepreneurship. 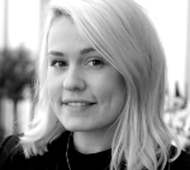 Sian Hawkins joined the Foundation in April 2019 and had led on the development and delivery of the inaugural advocacy strategy for the Foundation and oversees the organisation's communications work. She has 15 years of experience working on women's rights, from frontline support roles with survivors of domestic abuse and sex workers to high level policy and influencing roles. She joined the Foundation from Women's Aid in England as Head of Public Affairs and Campaigns. Sian has a BSc in Psychology and a Masters in Human Rights. 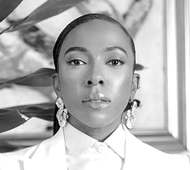 Fadé is the CEO of BookingsAfrica.com, an online marketplace pioneering digital work across the African continent. She is a tech entrepreneur, speaker, has many philanthropic interests which focus on the education of women and youth and is also a member of the Cherie Blair Foundation for Women’s Global Campaign Board. Fadé possesses extensive knowledge of changing technical approaches, workforce trends and media production across sub-Saharan Africa. Her impact has been recognized by CNN, NY Times and the World Bank. 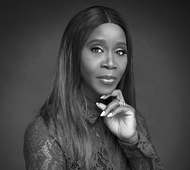 An Alum of the Lagos Business School and Institute of Management Development (Switzerland) with executive training from the Harvard Business School and Cornell University, Odunayo is a John Maxwell Certified Coach, Speaker and Trainer. A certified DISC trainer, she is also a PROSCI certified change management practitioner.

An author, her book 'Alphabets of Leadership for Young Minds' is listed in the United States Library of Congress. She is passionate about Leadership, Youth Development and Social Innovation.