In collaboration with the Cherie Blair Foundation for Women, this exclusive event brings business, institutions, foundations & the private sector together to champion women entrepreneurs & take a look at how we can provide them with the right tools & services to thrive in the future digital economy.

This event is a webinar

We are delighted to announce the following speakers at this event:

COVID-19 is radically changing the way we live and work and pushing us further into a digital world. Businesses have had to adapt quickly, but as we move from crisis to recovery, we need to understand the opportunities for change which a digital world presents. In the world before COVID-19, women’s businesses were already disadvantaged – more often denied the credit, knowledge and resources a business needs to succeed. The pandemic is intensifying these inequalities. Women are more likely to be amongst the first responders to the crisis, often having to sacrifice their professional lives for their personal responsibilities. When we consider how we are changing the way we live and work, we must consider how to make change inclusive. The digital world presents an opportunity to reach, equip and empower women so that they can play a full and equal part in our communities and our economies.

Some of the areas that will be explored include:

If you would like to submit speaker questions, please do so by emailing sophie.aldwinckle@cambridgewireless.co.uk

In collaboration with Cherie Blair Foundation for Women

Cherie Blair Foundation for Women helps release the potential of women entrepreneurs in low and middle income countries, and close the global gender gap in entrepreneurship.

Session to be chaired by Olu Orugboh, CEO & Founder, Synergy Solutions and CW Board Member

To be chaired by Olu Orugboh, CEO & Founder, Synergy Solutions and CW Board Member 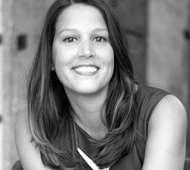 Angela Baker runs Corporate Responsibility at Qualcomm, the company that transforms how the world connects, computes, and communicates. Baker oversees a portfolio of programs that empower people through technology and training, including Qualcomm® Wireless Reach™, a strategic initiative that brings wireless technology to underserved communities globally. To date, Wireless Reach has partnered with 650+ organizations in 119 programs in over 45 countries and has reached over 20 million beneficiaries.

The portfolio also includes Qualcomm’s numerous STEM engagement programs that are inspiring the inventors of tomorrow and Qualcomm’s Sustainability and Reporting ESG efforts, which includes the development and publication of the annual Qualcomm Sustainability Report. Previously, she served as an advisor to Secretary Hillary Clinton in the Office of Innovation at the United States Department of State, where she worked on foreign policy goals connected to the 21st Century Statecraft agenda through bilateral and multilateral engagement with strategic partners on technology and development issues. 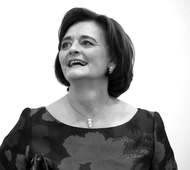 Cherie is actively involved in the Foundation, generously and tirelessly giving her time and resources to ensure its success. Travelling internationally to visiting projects, donors and attend conferences, our founder is an ambassador for women entrepreneurs everywhere, encouraging other non-profits, corporations and governments to do more to support women business owners. Cherie was awarded a CBE in the 2013 New Year’s Honours List for services to women’s issues and to charities in both the UK and overseas. 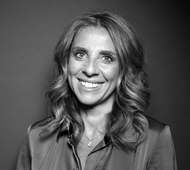 Nicola Mendelsohn is currently the Vice President for Europe, Middle East, and Africa for Facebook. A role she has held since 2013. She serves on the UK Government’s Industrial Strategy Council, The Mayor of London’s Business Advisory Board, and in September 2014 she became a nonexecutive director of Diageo. She and her husband are also co-presidents of the charity Norwood.

In 2015 she was awarded a Commander of the British Empire (CBE) for services to the creative industries in the UK. From 2012-2018, she was the co-chair of the Creative Industries Council alongside Secretaries of State for Digital, Culture, Media & Sport (DCMS) and BEIS – a joint forum between the UK creative industries and government. In 2019, Nicola founded and launched the Follicular Lymphoma Foundation, a charity focused solely on raising funds to help the thousands of people living with Follicular Lymphoma to live well and get well.

Prior to joining Facebook Nicola worked in advertising for over 20 years, beginning her career at Bartle Bogle Hegarty then moving to be deputy Chairman of Grey London. In 2008, she became partner and executive chairman at the advertising agency, Karmarama. Prior roles include: first female President of the IPA (the advertising industry trade body), Trustee of The White Ribbon Alliance, Chairman of Women’s Aid Development Board and President of the Women in Advertising and Communications London club (WACL). She was also a Director of the Women’s Prize for Fiction.

Her greatest joy in life comes from her husband Jon and her four children Gabi, Danny, Sam and Zac. 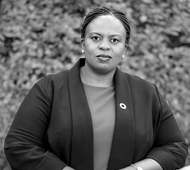 Sanda Ojiambo is the Executive Director of the United Nations Global Compact. Launched in July 2000, the United Nations Global Compact is the Secretary‑General’s strategic policy and advocacy initiative calling for the alignment of business operations and strategies with 10 universal principles in the areas of human rights, labour, environment and anti-corruption.  It also motivates companies to integrate the SDGs into their core business strategies and operations.

With more than 10,000 corporate participants and other stakeholders from over 160 countries engaged through 68 country networks, the Compact is the largest voluntary corporate sustainability initiative in the world. Endorsed by chief executive officers, it is a practical framework for the development, implementation and disclosure of sustainability policies and practices, committing businesses to sustainability and shared responsibility for achieving a better world.

Ms. Ojiambo, brings 20 years of experience to lead the UN Global Compact. She has served as Head of Sustainable Business and Social Impact, Safaricom Plc, Kenya since 2010. Ms. Ojiambo was also the Senior Manager of Safaricom and MPESA Foundations, Kenya from 2008 to 2010, during which she led the implementation of several public-private partnership initiatives between Safaricom and UN organizations.

Throughout her career, she has cultivated and managed relationships with key business entities and civil society organizations, including her capacity development work in Somalia with UNDP and CARE International.

Ms. Ojiambo holds a Master of Arts in Public Policy from the University of Minnesota, USA, and a Bachelor of Arts in Economics and International Development from McGill University, Canada. 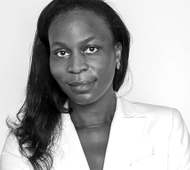 As the CEO and Founder of Synergy Solutions, a digital innovator, focussed on bringing the latest thinking in customer and end user experience using cutting edge digital technology, Olu is a senior leader and seasoned professional with over 20 years’ experience, leading customer care operations through change, transformation and migration into digital environments. She is highly focussed on helping businesses to deliver an enhanced experience and  shape them to become more resilient.

Olu has assisted a range of companies from high growth scale ups to FTSE listed companies both in the UK and Internationally. Olu has deep international experience, assisting enterprises turnaround their failing CX/UX services through to putting in place infrastructures to support growth initiatives and introduce digital innovation.

Following her MBA and after a successful career in Marketing, Olu Joined SITEL Consulting, the Call Centre Consulting division of SITEL Corporation, the $1.3Bn NYSE listed call centre business as a Project manager, she progressed to become a Managing Consultant, and eventually Commercial Director before leaving the company in 2005 to run her own management consultancy practice focused on helping companies improve their user experience.

In addition to running a business, Olu is a mother to two wonderful children and is currently developing her other passions which are to help nurture young girls and women from disadvantaged backgrounds to embrace technology and encourage businesses to adopt emerging digital technology. 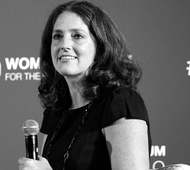 Wendy Teleki is Head of the We-Fi Secretariat. Housed in the World Bank Group, the Secretariat is dedicated to advancing the global agenda on women entrepreneurship through learning, advocacy and partnerships. It also supports the We-Fi Governing Committee in the allocation and supervision of We-Fi funding, in collaboration with Implementing Partners and other stakeholders. Ms. Teleki joined We-Fi in May 2019.

Prior to that, Ms. Teleki worked with the International Finance Corporation leading numerous activities and initiatives focused on small and medium enterprise development in emerging markets around the world. This included several blended finance, investment and advisory programs, including IFC’s We-Fi program and the Global SME Finance Initiative. Ms. Teleki has an MBA in Finance from the Wharton School of Business and an MA in International Economics from the Johns Hopkins School of Advanced International Studies.