The Sustainability of Safety and Security

Brought to you by The Artificial Intelligence Group, The Security Group

In this talk, Ross Anderson, Professor of Security Engineering at the University of Cambridge Computer Laboratory, will raise awareness of the security challenges faced when durable consumer goods become internet connected. How will security be maintained over their entire lifetime?

What happens when durable goods start to be connected to the Internet?

A car, or even an air-conditioning unit, might be expected to last for 25 years. It won't be acceptable to scrap cars after five years, as we do with laptops, since the embedded carbon cost of a car is about equal to its lifetime fuel burn. But who will be responsible for providing the security patches? Will it be the OEM, or specialist firms that guarantee long-term support? Will we have to re-do the safety certification of cars and medical devices with each patch cycle, or will we use architecture to control the costs, perhaps by having a specialist firewall that can be upgraded? In any case, what will be effect on the economics of safety and security, and on the kind of tools that we use to write and maintain software?

Welcome from event host, Ross Anderson of the University of Cambridge Computer Laboratory

‘What happens when durable goods start to be connected to the Internet?’ Ross Anderson, Professor of Security Engineering at the University of Cambridge Computer Laboratory

A car, or even an air-conditioning unit, might be expected to last for 25 years. It won't be acceptable to scrap cars after five years, as we do with laptops, since the embedded carbon cost of a car is about equal to its lifetime fuel burn. But who will be responsible for providing the security patches? Will it be the OEM, or specialist firms that guarantee long-term support? Will we have to re-do the safety certification of cars and medical devices with each patch cycle, or will we use architecture to control the costs, perhaps by having a specialist firewall that can be upgraded? In any case, what will be the effect on the economics of safety and security, and on the kind of tools that we use to write and maintain software? 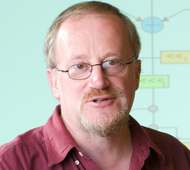 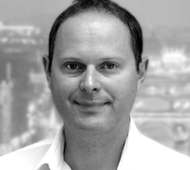 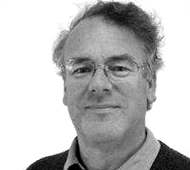 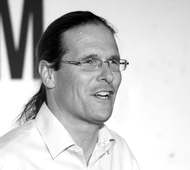 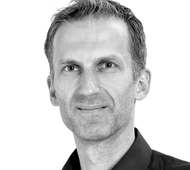 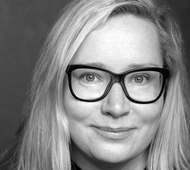 Currently Senior Scientific Program Manager at the Amazon Development Centre in Cambridge, UK. Vicky works in the Machine Learning Team and is involved in a variety of academic engagements around ML and AI, including outreach, education and training initiatives. Previously Deputy Director of EMBL Australian Bioinformatics Resource (www.embl-abr.org.au) and Associate Professor at the University of Melbourne. Vicky remains an Honorary Principal Fellow at the University of Melbourne and is an academic visitor at the University of Cambridge where she collaborated with the Bioinformatics Training Team.  Before Australia, Vicky was at the Earlham Institute (Norwich), as part of the Senior Management Team and Head of Training and Outreach which evolved to Head of Scientific Training, Education and Learning Division. In the previous years Vicky has been responsible for the strategic coordination and implementation of the EMBL-EBI’s User-Training programme which has pass now ten years and continues to provide training for the scientific users of the EMBL-EBI’s data services. Prior to joining the EMBL-EBI in 2007 Vicky held an Assistant Professor position at the University of Bern and the Institute for Aquatic Sciences (EAWAG) and postdocs at the University of Zurich and University of Rome (Torvergata). Vicky studied biology at the University of Rome and obtained her PhD on the evolution of sex at the University of Leiden (NL) and Lyon (France). Vicky has been extensively involved in the acquisition, management and implementation of funded research and training projects throughout her career.

Peter is founder of Vision Formers, a specialist consultancy that helps visionary technology businesses get product to market and turn their ideas into reality. Peter has a long track record of conceiving, developing and marketing successful technology-based solutions, deployed at scale, globally. Innovative products Peter has brought to market in digital, cloud, AI, consumer electronics and telecommunications have been used by countless millions of people on a daily basis globally, badged by the world’s leading digital and technology brands. Peter is a board member of CW (Cambridge Wireless), and co-leads its Artificial Intelligence special interest group. 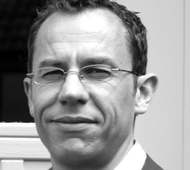 Phil, as a senior product manager, has grown product revenue by focusing on the customer. Covering product strategy, product marketing, business development and product management, Phil is driven by the desire to connect customers to products that delight. Most recently Phil was Product Marketing Director at Arkessa (IoT SaaS platform) and Senior Product Marketing Manager at Mentor Graphics (embedded software product). Phil co-founded Octymo, a Cambridge start up focused on licensing a mobile phone applications platform. Phil brings extensive global experience including living in Asia where, for TTPCom and Motorola, he built and led a pan-Asian division to service multi-million dollar contracts. 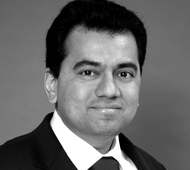 Nick heads up Plextek's business in the security market and has a long and successful track record across global security and public safety sectors, where he has developed a strong reputation as a leading authority in secure critical communications. He has held senior management positions in public and private companies spanning IT, technology and communications, and has also co-founded and managed Cambridge-based businesses. He began his career with the European Space Agency in Germany where he acted as a member of the Mission Control Team for a spacecraft launched aboard NASA's Space Shuttle. A Fellow of the Royal Astronomical Society, Nick holds a Diploma from the University of Cambridge and MSc and BSc honours degrees in Space Science and Computer Science, respectively. 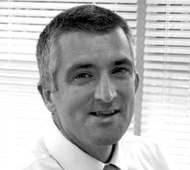 Tim sees Cambridge Wireless as a way to build the network of relationships that drive business growth and a better society for us all. Tim works to develop communications on technologies from their earliest beginnings to mass market adoption, including WiFi, Bluetooth and cellular chipsets and software. His experience includes working as an engineer, programme manager, and product manager.