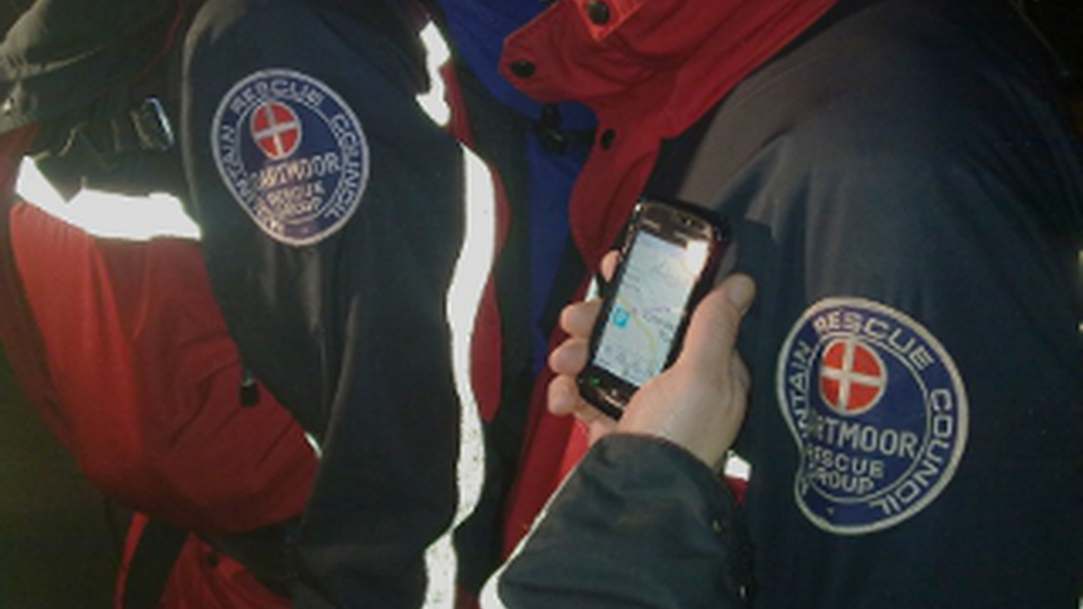 With Mountain and Cave Rescue Awareness Day scheduled for 2 May, teams are already making sure they’re aware of each other’s location by using ViewRanger, the Cambridge-created app that turns your smartphone into an outdoors GPS.

The 2nd May is Mountain and Cave Rescue Awareness Day organized by Mountain Rescue England and Wales (MREW), whose patron is the newly married Duke of Cambridge.

With Mountain and Cave Rescue Awareness Day scheduled for 2 May, teams are already making sure they’re aware of each other’s location by using ViewRanger, the Cambridge-created app that turns your smartphone into an outdoors GPS.

ViewRanger includes its own BuddyBeacon tracking feature, which shares your location with other people. BuddyBeacon allows mountain rescue team (MRT) members to see each other’s locations on their handsets, improving search co-ordination. There is also a web access to BuddyBeacon which means that MRT coordinators back at base can track rescue progress in real time, and tracklog recording helps with the reporting process after a rescue*.

ViewRanger actively supports MRT’s every day of the year through its VSAR program that delivers ViewRanger software and detailed topographic mapping to team members, such that today nearly 50% of the England & Wales Mountain Rescue Teams use ViewRanger, saving them money compared to purchasing expensive dedicated outdoor GPS units. Mapping, GPS navigation and track recording are all performed local to the handset and don't require a mobile signal, so ViewRanger can work in the remotest of locations. ViewRanger's integration with Retrieva Tracking's GPS dog collar is also helping SARDA Search and Rescue Dog teams to track and follow their search dogs right alongside the team's human participants.

"Weather conditions were poor with visibility down to 50 metres in heavy snow. ViewRanger guided the stretcher party to and from the casualty site." Glossop Mountain Rescue Team

"At Kendal MRT we are finding the more we use ViewRanger the more we like it. Having just used it extensively in the Cairngorms during winter training we are impressed by the accuracy achieved, ease of use and its ability to supplement and reinforce more traditional navigation techniques. Not everyone in the team has a personal GPS enabled with a mapping facility, but all of us have and use mobile phones, so the addition of ViewRanger to team members with compatible phones is a very cost-effective way of enhancing our ability to operate in poor conditions, especially when working away from our ‘home’ area with other Teams." Kendal Mountain Rescue Team

"Once they had seen it in action, now all team members want it!" Dartmoor Rescue Group

ViewRanger will also be in the hands of Judy and Gail - the “Twirlies” - to aid them on their fundraising Coast to Coast challenge walk in support of the MREW benevolent fund. Find out more about them and their challenge at: www.justgiving.com/twirliesontour.

2. As well as supporting MREW, ViewRanger also works with teams affiliated to the Association of Lowland Search and Rescue, and Mountain Rescue Ireland. ViewRanger has also added agreements with Mountain Rescue Council of Scotland and Lowland Search Dogs that will make it easier and quicker for teams affiliated to these organizations to take advantage of the VSAR Program

3. The ViewRanger GPS app and digital mapping is a wonderful aid to making navigation easier and more enjoyable, but a traditional map and compass should still be always carried.

Augmentra Ltd is the Cambridge UK based Angel funded software development company behind ViewRanger, the award winning mobile app, which delivers Mapping, Navigation, GPS- enabled guides & route content and Location Sharing to anyone who wants to get more from their time in the Great Outdoors.

The App runs on a massive range of smartphones and devices that use the Apple iOS (iPhone/iPad), Android, or Symbian OS and works virtually anywhere in the world using web based mapping, which can be cached for off-line use. Additionally, it can upgraded to run premium topographic map data like Ordnance Survey maps in Great Britain, for a growing number of countries, including Belgium, Finland, France, Germany, Holland, Ireland, parts of Italy, Norway, New Zealand, Slovenia, Sweden, Switzerland & USA.

ViewRanger is also a GPS-enabled content publishing platform that allows Guidebook & Route owners, like The AA, Walking World, Cumbria Tourism and Cordee to deliver their content directly to a user’s smartphone. www.viewranger.com