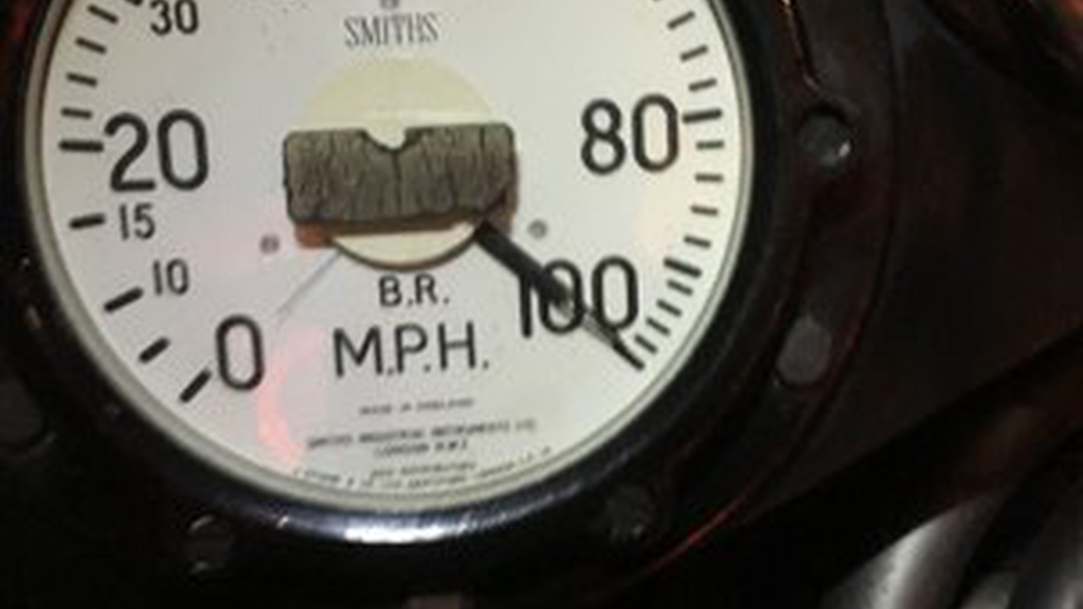 <p>No. 60163 <em>Tornado</em>, the steam locomotive built by the A1 Steam Trust, reached 100mph in the early hours of the morning on 12th April 2017 on a trial run on the East Coast Main Line as part of its certification to run passenger services at 90mph, up from the current 75mph limit.</p>

No. 60163 Tornado, the steam locomotive built by the A1 Steam Trust, reached 100mph in the early hours of the morning on 12th April 2017 on a trial run on the East Coast Main Line as part of its certification to run passenger services at 90mph, up from the current 75mph limit.

At these higher speeds, the main big-end bearing underneath the engine between the frames can get very hot and, being a white metal bearing, cannot be allowed to overheat. On the original locomotives, a glass "stink bomb" fitted within the inner crank would shatter as the maximum temperature was reached so that the crew would "smell" that they'd suffered a failure. Ziconix has been working with the A1 Steam Locomotive Trust to develop a 21st Century solution, a wireless sensor which rotates inside the bearing and which sends temperature data and alerts to the cab to be displayed on a screen.

Steve Sims, Technical Director of Ziconix says, “It’s been great fun working on such an iconic steam engine but also a great challenge, the sensor is in a really poor radio environment; a large body of water encased in metal between the sensor and the receiver makes it difficult to get a reliable signal. We had to optimise the system to keep the power consumption down and still get good performance.”

Rob Morland, Director of Electricals for the A1 Trust said, “We have been pleased to continue the tradition that key parts of the new technology aboard Tornado are contributed by innovation companies in the Cambridge Cluster. The Ziconix team has worked hard to develop and implement a solution to this really challenging requirement in a very limited timescale and to a high level of robustness. We believe that this is the first time that a sensor of this type has been fitted to a main line steam locomotive operating in the UK and are delighted to be able to add this achievement to the growing list of firsts for our locomotive.”

With the sensor now approved for use on the main line, Tornado is hoping to be running high speed passenger services all over the country by the end of 2017.

The A1 Steam Locomotive Trust, a registered charity, built Peppercorn class A1 Pacific No. 60163 Tornado, named after the RAF aircraft, at its Darlington Locomotive Works. Fitted with additional water capacity and the latest railway safety electronics, Tornado is fully equipped for today’s main line railway. The A1 class was designed by Arthur H Peppercorn for the London & North Eastern Railway and 49 were built in 1948/49 by British Railways. However, following dieselisation, all were scrapped by 1966. After 18 years of construction and fundraising the £3 million locomotive was completed in August 2008 and since that time has brought pleasure wherever she goes as a regular performer across the UK’s main line and preserved railways. Contact Rob Morland, Director of Electricals, rob.morland@a1steam.com, www.a1steam.com