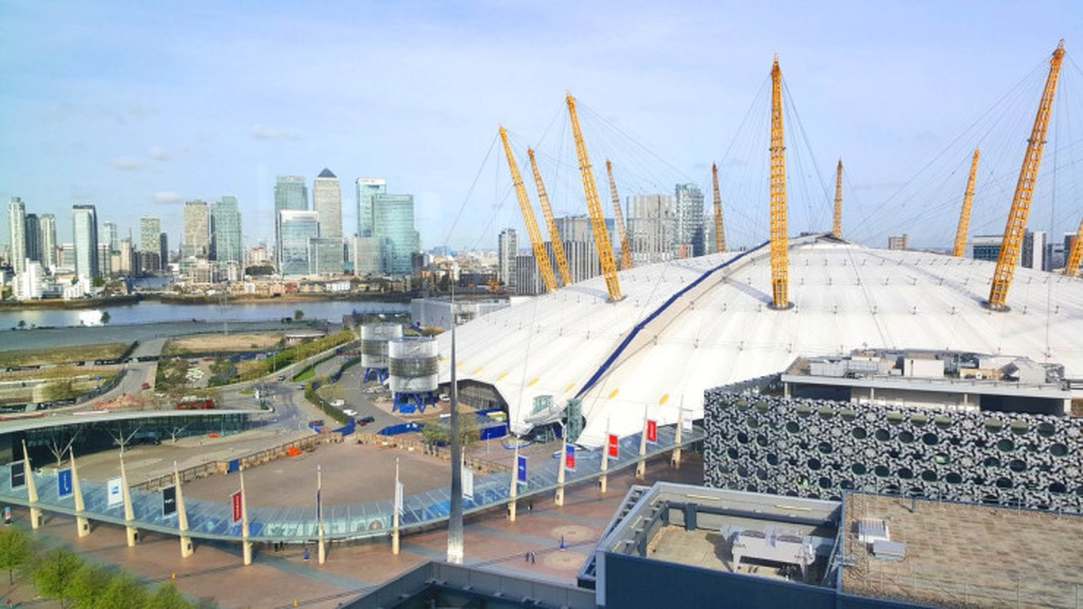 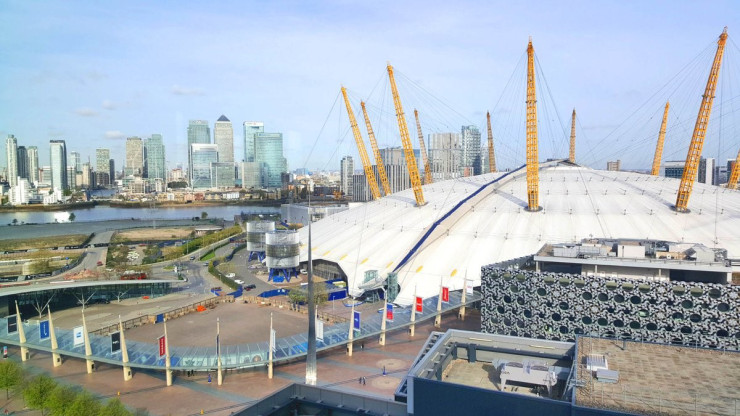 Our Inaugural CW Smart and Intelligent Cities SIG got off to a flying start this April in the beautiful Digital Greenwich building. With magnificent views of London Docklands and the O2 arena, no wonder so many tweets focused on the views from the Mitre Passage building. 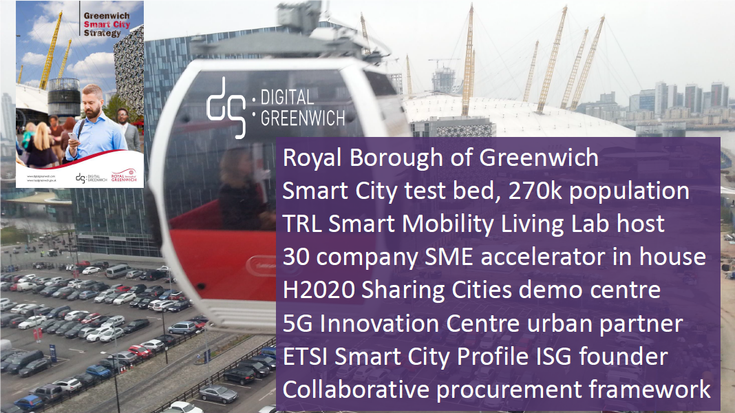 Paul Copping, in his host welcome provided a good summary of the activities being undertaken by Digital Greenwich. There is a lot more going on than the small driverless pods that some of you may have already come across. As one of the pioneers in this field, they are already working with many vendors, suppliers and partners including partner cities.

In an honest admission, that was repeated many times during the day; to achieve real benefits from smart cities, the model has to be easily replicable. 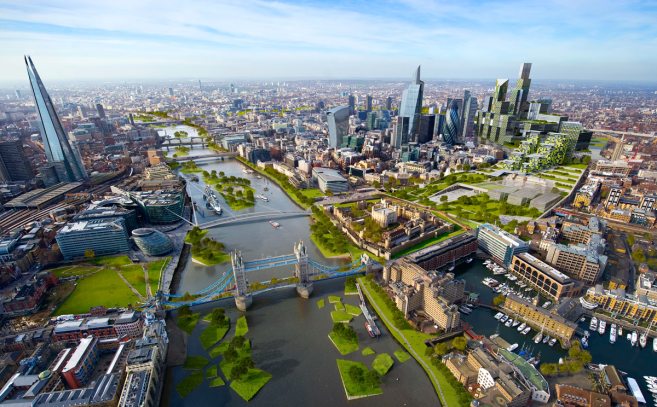 John Davies, in the introduction to the SIG and Smart Cities in general, provided a concise outline of the topic. With the suitably titled presentation “The Wikipedia of Smart and Intelligent Cities …. A pragmatic view”, he highlighted the need to have a realistic rather than a utopian view that may be too far-fetched for some.

John also pointed out that the numbers of megacities (more than 10 million inhabitants) are on the rise with 30-50 in 2020. A big challenge for these megacities would be to provide better quality of life and sustainability. Procurement would be one of the challenges for scaling up.

The first session was focused on Technology (OS) Platforms. Its aim was to look at pros and cons of different options and at the same time consider how a city might navigate their way through the choices ensuring they don’t buy legacy and maintain an agile IT environment to ensure both horizontal and vertical integration for future development. 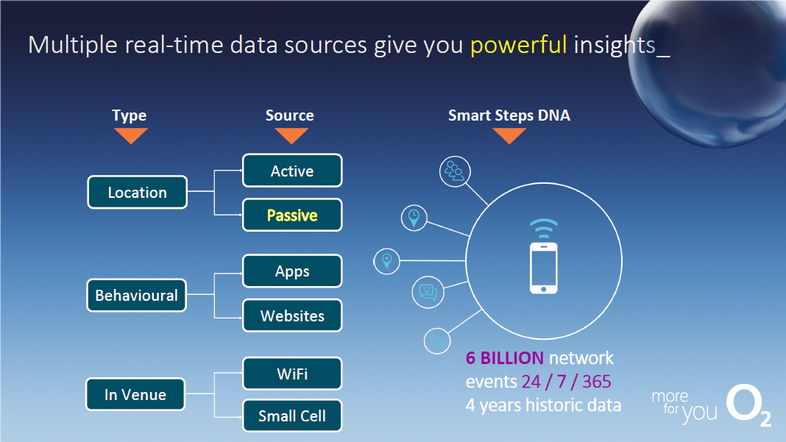 Dr. Mike Short from Telefonica (O2) highlighted the power of data that will form the backbone of smart and intelligent cities. An example that he used was how cities are already using the flow of traffic to plan for buses, trains and other forms of public transport. He also pointed out that these traffic sources have to be anonymised to protect privacy not only of the consumer but also of things and places. O2 has over 3.2 million connected things in their network, a number that will undoubtedly increase in the coming months and years. 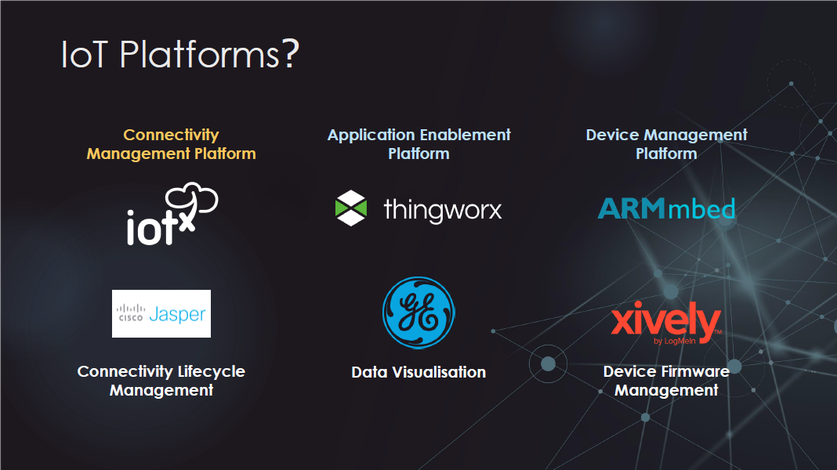 Nigel Chadwick from Stream Technologies talked about their IoT-X platform that manages and monetises device endpoints and provides customers with subscriber management, billing, data routing and reporting capabilities from one centralised location. 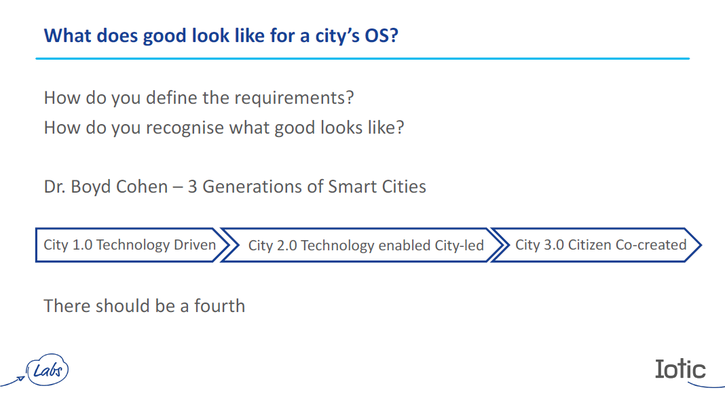 Ali Nicholl from Iotic Labs talked about evolution of smart cities. Different cities are using different approaches. A citizen may be a passive observer or an active co-participant. There should be opportunities for all inhabitants to make their cities smarter with support from the city. 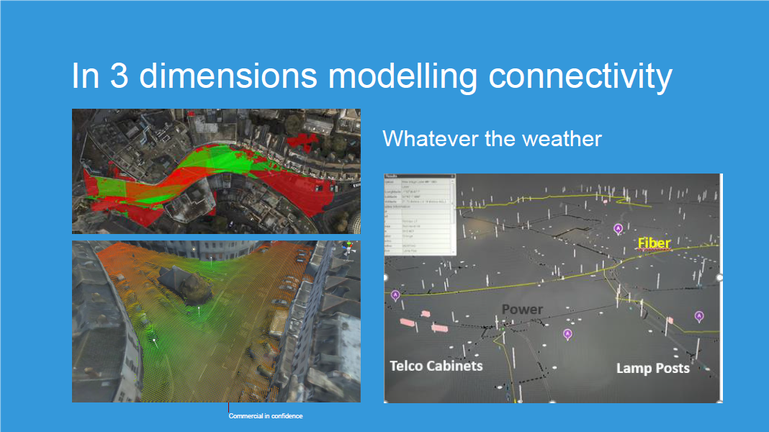 Miranda Sharp talked about how Ordinance Survey is helping map Manchester city’s assets to help transition it to a smart city much more easily. For example the lamp posts can check for air quality and act as a guide to blind people, in addition to providing light. 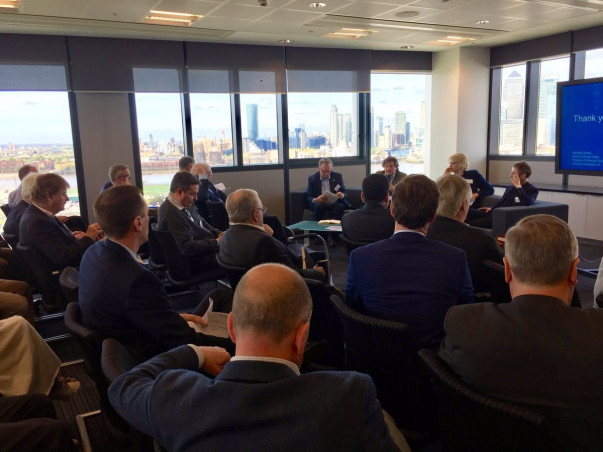 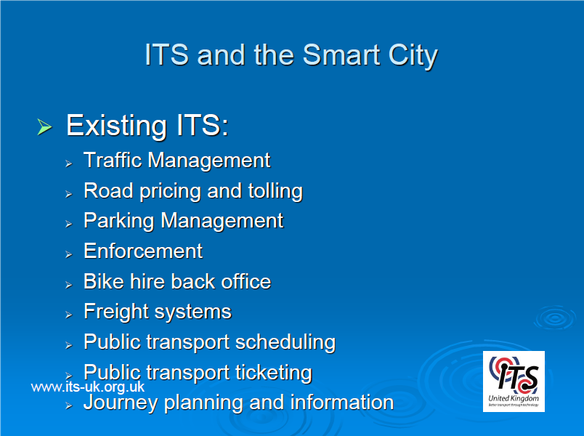 The final talk before lunch break was by Jennie Martin who talked about how ITS (Intelligent Transport Systems) are playing a role in the development of smart cities by providing informed and efficient mobility and transport. 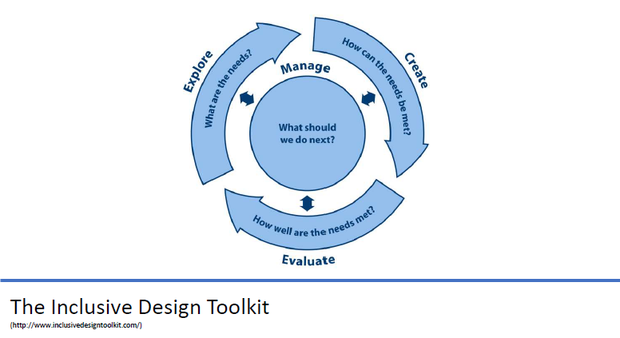 After the lunch break Ellie Wooldridge from Transport Systems Catapult talked about the human factors associated with smart and intelligent cities. While smart cities are created for humans, they are very often ignored. These humans can often do the unexpected. A point highlighted earlier by Paul Copping when he mentioned that people often jump in front of the autonomous test vehicles to see how they react. 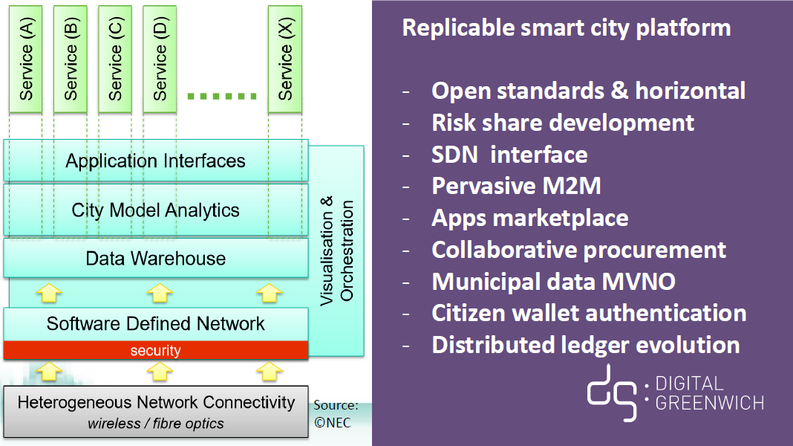 The next session was on procurement platforms that was led by Paul Copping. Paul again highlighted the need for a replicable smart city platform and talked about a Newco that can act as a common delivery partner for cities. This will enable different sizes of cities and councils to speed up their smart city objectives.

Paul’s talk was followed by a panel discussion. While there was definitely shortage in the number of people as compared to the morning sessions, there was no shortage of questions and discussion topics. Some of the interesting points that came up during panel discussion are as follows:

The panel session was followed by the SIG interactive where the SIG champions solicited advice and ideas from the audience on what direction the SIG should take in the future. Some very valuable suggestions were received. The SIG champions will try their best to incorporate some of these in the future events. Anyone with an interest to speak in future events or be part of the SIG, should get in touch with CW. 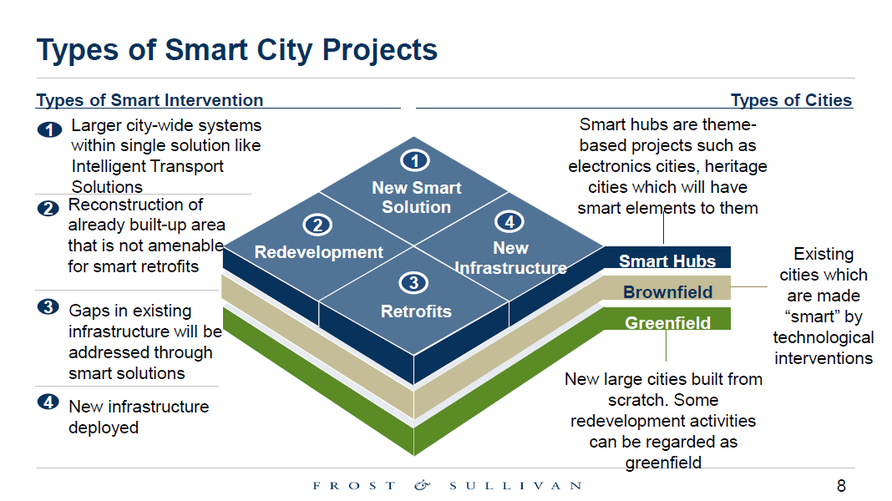 Last but not the least; Iain Jawad from Frost & Sullivan presented an overview of global smart city market which is expected to be a $1.5 Trillion growth opportunity by 2020.

CW & the SIG champions would like to thank our host, Digital Greenwich, all the speakers and the participants for making this inaugural event a success.

All the presentations from the day are available online to view and download from the CW website here. 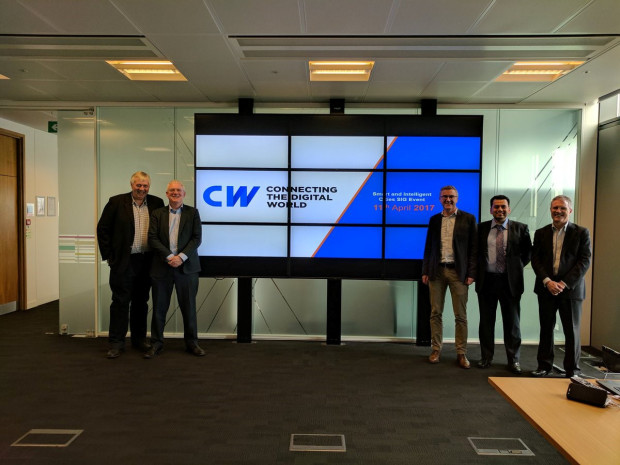