The Path to 5G Backhaul 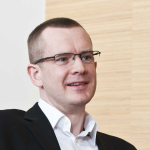 One of the trends of Mobile World Congress 2017 is sure to be the innovation shown in millimetre wave. With existing access and backhaul bands often congested, fragmented and expensive to acquire, millimetre wave offers a huge opportunity to scale capacity cost effectively as data demand grows.

But why is millimetre wave – defined as frequencies between 30GHz and 300GHz – gaining traction? Firstly there’s a lot of spectrum available, typically 10x more than bands below 30GHz. This enables the use of wider channel bandwidths, which is one of the simplest and most effective ways to deliver higher throughput. Millimetre wave is also cheaper to acquire than traditional bands, both per MHz and in absolute terms.

A new wave of innovation

Until now, commercial deployments of millimetre wave have been limited to V-band (60GHz) and E-band (70/80GHz) point-to-point (PTP) backhaul or fixed wireless links. However, new innovation could revolutionise business models.

Over the past year CBNL has developed a new millimetre wave point-to-multipoint (PMP) solution that will utilise the licensed bands between 28-39GHz, offering up to 600Mbps per link and 14.4Gbps per hub site. The new millimetre wave solution will widen availability of licensed PMP and provide a more spectrally efficient path to multi-Gbps capacities.

Although traditional radio access and microwave backhaul spectrum will continue to play a vital part, millimetre wave offers a valuable complementary role. With a recent report from Real Wireless noting that licensed PMP can have as little as 50 percent of the total cost of ownership of PTP in the same bands, utilising millimetre wave capacity for PMP offers a compelling business case. The same report found that, for the same initial investment, licensed PMP can enable an ISP to connect 67 percent more customers and generate 1.8x higher ROI compared to PTP equivalents. This is partly because of the cost advantages of PMP, but also because customers can be acquired more quickly in the PMP case, creating steeper revenue growth.

In 2016, the FCC opened up vast amounts of 28 and 39GHz spectrum for 5G in the US. At the same time major carriers stated fixed wireless will be their first 5G use case. As the first company to leverage these frequencies to deliver carrier-grade PMP, CBNL is excited at the leading role we will play in delivering the evolutionary path to realise this performance – whether for fixed wireless or backhaul.

The process for CBNL has already started. During 2016 we deployed pre-5G fixed wireless networks across nine states, improving broadband for over 35,000 businesses and homes. A particular highlight was the real-world performance delivered; according to the 2015 Speedtest awards, CBNL’s largest network built so far is also the fastest non-fibre residential broadband network in the US. This marks exciting times, showcasing the innovative tools operators have to achieve a head start in the race to 5G.

CBNL is the market-leader in licensed PMP microwave and millimetre wave, serving customers in 47 countries.  Visit CBNL (Hall 5 – 5H27) at Mobile World Congress 2017 to see a live demo of their 39GHz platform.