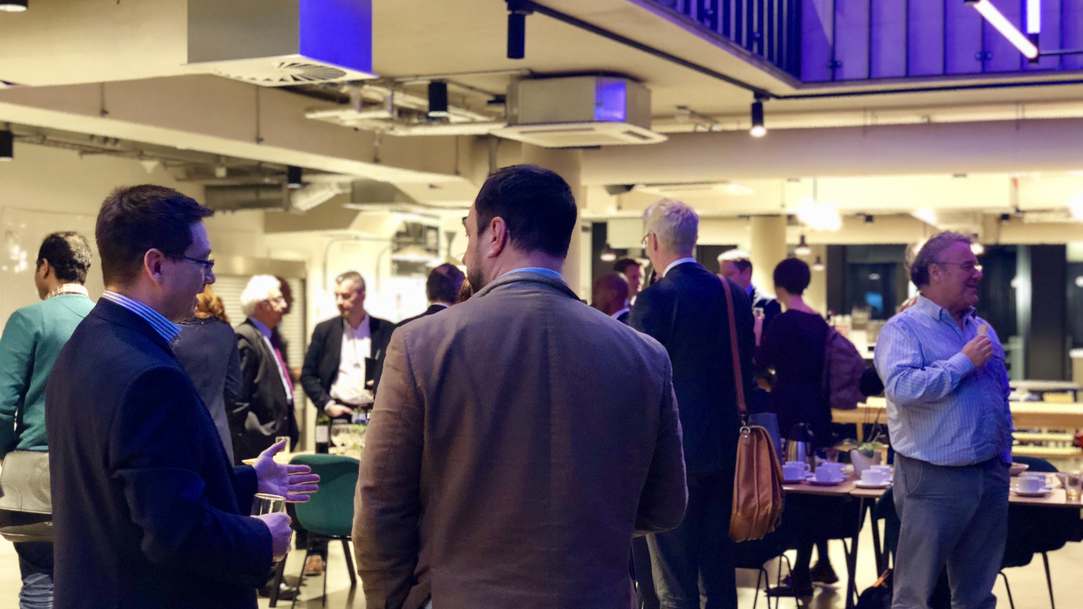 Simon Warburton of Mills & Reeve kicked off proceedings by welcoming everyone and explaining why last month’s introduction of PSD2 and the arrival of GDPR in May made this such an exciting time to be having this event.

Alan Lockhart, Head of Applied Technologies at RBS gave a fascinating insight into the challenges the bank faces in addressing the new regulatory requirements. He was quick to correct Simon’s tongue in cheek comment that the banks had simply kindly agreed to make their customer data available, but did suggest that opportunities potentially lay ahead for banks despite being forced down this path. 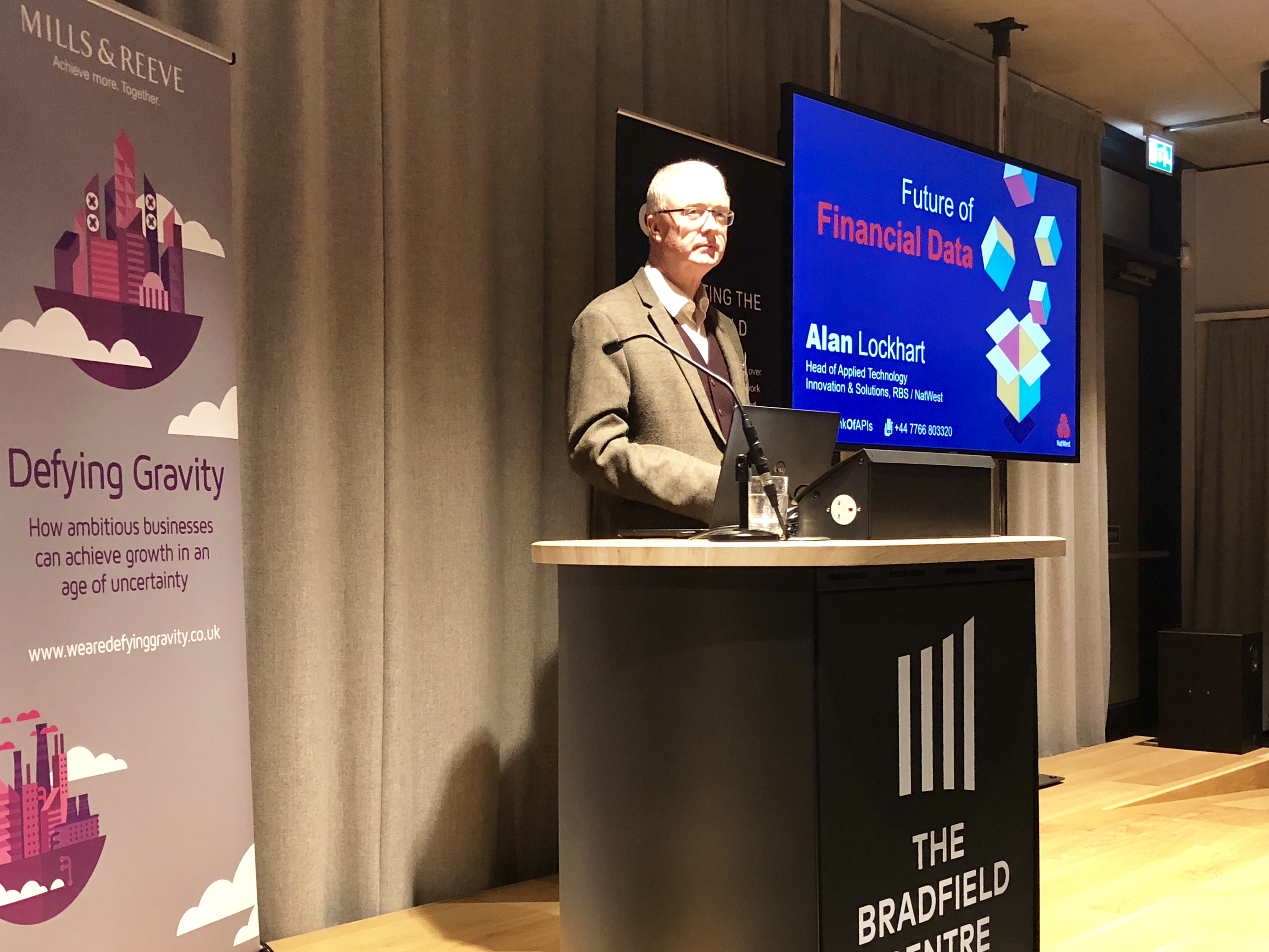 Alan Lockheart, Head of Applied Technologies at RBS discussing the challenges that bank's face in addressing the new regulatory requirements.

Alan was followed by a fantastic Fintech panel session. Ray Anderson (CEO, Bango), Hamish Anderson (CEO, Money Mover), Neil Garner (CEO, Thyngs), Emily Mackay (CEO, TAB) and Jeremy Sosabowski (CEO, AlgoDynamix) explained how their businesses currently use financial data and gave their predictions for the future use of such data. The broad range of businesses lead to a fantastic range of ideas and opinions. This prompted real enthusiasm and lots of questions from the floor in the Q&A which Alan Lockhart also returned to the stage for. Questions flowed on areas ranging from Open APIs, the interaction between GDPR and PSD2 and market consolidation, prompting some fantastic responses from the panel and revealing some interesting differences of opinion. A question on consumer appetite for the new data landscape lead to Simon putting to the audience whether it was better to be served by a robot or an inauthentic human (chosen and prompted as to what to say based on your hobbies and interests). The latter won the show of hands by a huge margin suggesting people still want human contact even if the human is being told exactly what to say by a machine. 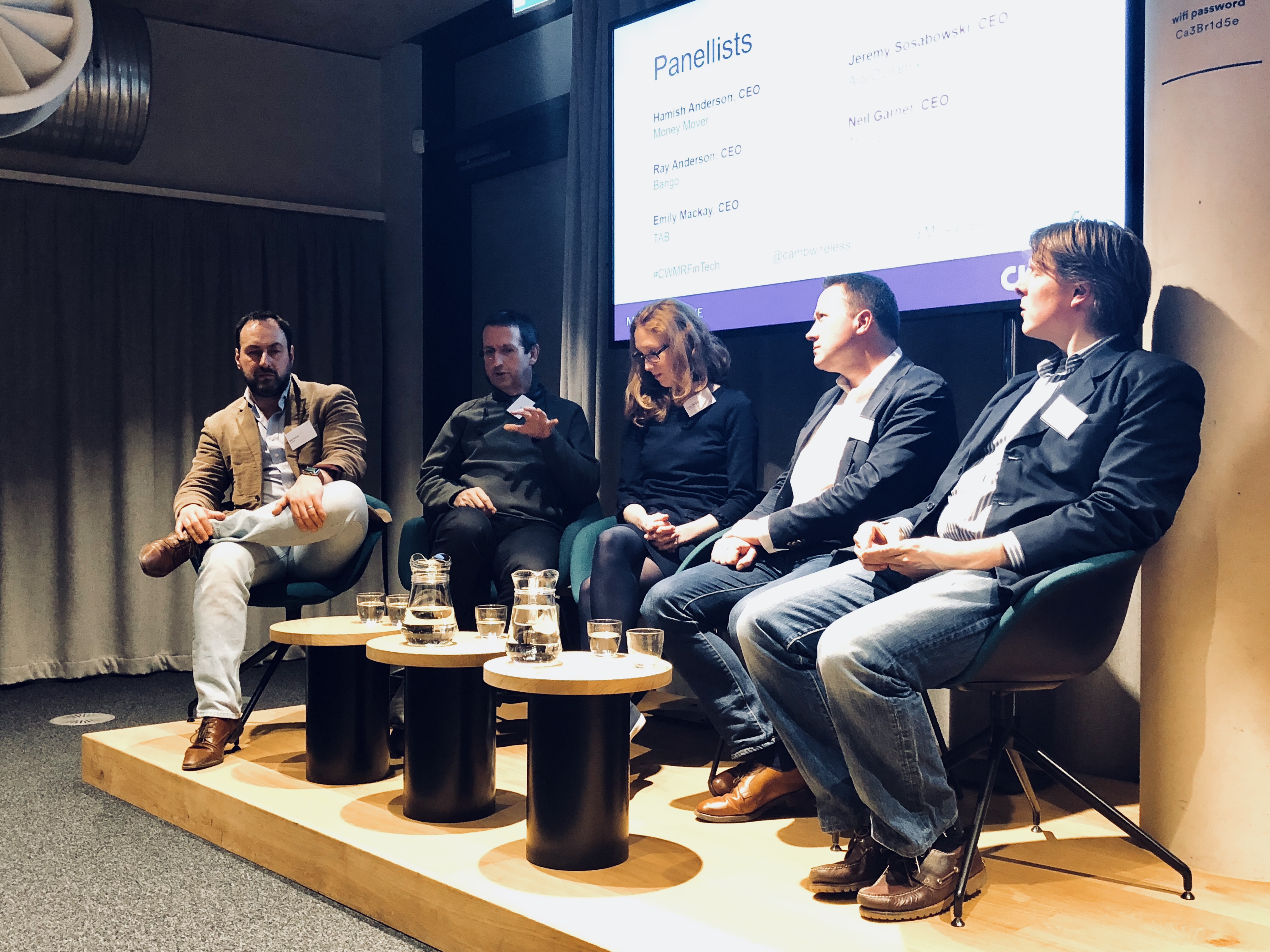 The panel and audience all asked for the Q&A to continue beyond the expected close and there were still questions left unanswered when Simon brought the session to an end much later than originally planned.

Feedback on the night and afterwards was universally positive with many asking for this to be the first of many such Cambridge Fintech events.