Can Satellite Technology Connect The Unconnected in the Next Decade?

Published on 3 Jul 2018, under Satellite Communications 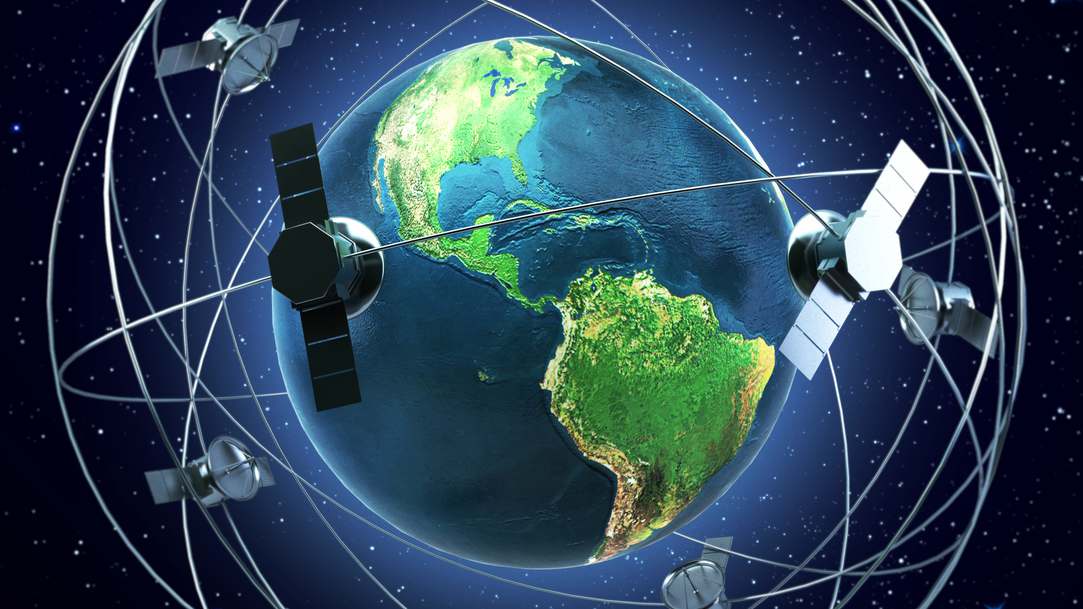 This blog is contributed by Lewis Davies of TTP, the dinner sponsor at the CW International Conference 2018

Technical capability for providing broadband from space has grown continuously since the launch of the first two-way satellite in 1960, but internet connections for consumers have predominantly relied, first on copper and, later, fibre optic cables. This has restricted access to the internet to those within the reach of this physical infrastructure.

Recently, several companies have proposed and started building LEO super satellite constellations to bridge the digital divide by providing internet to the unconnected. In this blog, I look at some of the technological challenges that need to be overcome to meet this goal, focusing in particular on requirements for antennas and satellite terminals, because they are key to truly realising the vision of new space LEO operators in the next decade.

The rise of satellites

Echo 1, NASA, a large passive reflector, was the first two-way satellite, launched in 1960. Active repeater geostationary satellites soon followed. Satellite communication was initially a feat of engineering, only used where the associated cost could be justified, such as the broadcast of live TV events as well as military and safety services.

Contemporary consumer telecommunication relied on copper connections. And although the technical capabilities of satellites have grown, they have never been able to compete at scale with physical and terrestrial wireless internet connections.

With the rise of high-throughput satellites (HTS) with multiple spot beams and frequency reuse each geostationary satellite effectively became a single cellular super macro base station in the sky rather than a simple repeater. This increased capacity by a factor of 20 and reduced the cost per bit, but equipment costs remained high.

Pointing the satellite dish to the fraction of a degree accuracy needed towards the satellite takes some time and training, adding further installation costs. Whilst a good step forward, the costs of this technology remained too high for mass market consumer use.

Recently, several companies have proposed and started building LEO super constellations of satellites, each of which will eventually consist of hundreds to perhaps several thousands of satellites that will typically orbit at an altitude of 1000 km every 100 minutes, providing gigabit coverage through multiple spot beams to the area immediately below. Together, the satellites in the constellation, borrowing many cellular techniques, could provide near global, low-latency coverage.

Even though LEO super constellations rely on a far greater number of satellites to achieve global coverage than GEO constellations they have some key advantages.

The proximity of LEO satellites to the earth, compared to geostationary ones, reduces the signal loss between satellite and Earth by around 30dB. This reduced path loss increases the throughput capability of each satellite and makes it possible to use smaller satellites, weighing as little as 200 kg each, in contrast to 6000 kg plus for some geostationary HTS satellites.

Per satellite, a small LEO will always be cheaper than a heavy geostationary satellite. However, many more satellites will need to be built and launched. As satellite production has grown, production line techniques have increasingly been adopted to significantly reduce the cost of each satellite. Similarly, even though LEO super constellations require the launch of a greater number of satellites, satellite launch costs are related to how much weight needs to be lifted, and to what orbit, which works in favour of LEOs. Launch costs have also been falling rapidly thanks to increased competition and the use of recoverable reusable launch vehicles.

Crucially, capital backing for LEO super constellations has been forthcoming, with the satellite build cost of at least one of the ventures fully funded. Overall, the development of large LEO networks currently appears to be closer to reality than ideas such as high-altitude long-endurance planes and balloons which have been championed in recent years.

What technology challenges are there for LEO super constellations?

LEO satellites continually orbit the earth, each creating a swathe of coverage continually interlinking with the coverage of other satellites in the constellation. This results in broad coverage but does mean each satellite spends much of its time, inefficiently, over the oceans and polar regions. Connectivity can be provided for dispersed rural, remote and hard to reach end users but makes it difficult to provide efficient high capacity connectivity when required.

This situation can be improved to some extent by constellation design. For instance, one network provides coverage to cruise ships only where it is most needed within ±45 degrees of the equator. In addition, spot beam technology, similar to that used in HTS geostationary satellites, can be used to focus the satellites capacity on small areas within the satellites coverage area at that time.

In some simpler LEO networks, ground stations with continuous sight of each satellite are needed to connect the satellite to the internet. This terrestrial infrastructure is expensive, with some redundancy likely to be required to ensure telecoms grade reliability.

Optical inter-satellite links are being planned into more advanced constellations to power efficiently overcome this issue, with the added opportunity for super low latency connections by replacing optic fibres with free space connections that are 1.5 times faster.

Antennas and satellite terminals are key

Another major challenge in meeting the goal, is the availability of terminals and antennas that are not only affordable but, to be truly competitive, also available at a similar price as other consumer technologies.

Geostationary networks use relatively simple fixed parabolic antennas—often resembling an upturned dustbin lid—carefully pointed towards the satellite that can be manufactured at a price point that allows them to be used for consumer TV.

LEO networks, in contrast, will need sophisticated tracking antennas that follow the satellite across the sky, and then as the satellite goes out of range, quickly lock onto the next satellite signal.  If the full capacity of the satellite is to be used, these antennas need to have similar gain to the parabolic dishes used with geostationary satellites.

Creating such an antenna with the required reliability to work 24/7 for many years and at a similar cost to a terrestrial TV antenna or consumer TV satellite dish is challenging.

Potential solutions, yet to be proven at consumer price points, include mechatronic approaches to continually align the antenna towards the satellite as well as fully electronic approaches using quasi-optical and phase array techniques to combine multiple antenna elements into one or more narrow beams.

Mechanical wear and rapid switching between satellites are challenges for mechatronic approaches. For phase arrays, in contrast, cost is linked to the number of elements in the array. Theoretically, array gain is proportional to the square of elements that are combined, in practice combining losses mean that not all this gain is realised and even more elements (and cost) are required. Any techniques that enable antenna gain to be more proportional to the number of antenna elements would significantly reduce the cost of the high gain antennas required.

As satellite connections to the internet becomes more utilised, the spectrum will become more congested. To mitigate this, higher, currently little-used frequency bands will be needed. For instance, one LEO constellation initially plans to use the Ku band with a VLEO constellation using V band transponders to follow.

This additional constellation is intended to provide high strength spot beams to specific locations enhancing the initial Ku band network. This implies that antennas and terminals may need to be dual band, creating a greater challenge for consumer price terminals and antennas.

Terminal complexity will also increase significantly compared to what is needed for a geostationary application. Rapid satellite to satellite handovers, satellite tracking and frequency re-use between beams whilst supporting multiple high data rate Ku band and above links will all need to be handled efficiently.

Techniques and common technology may be borrowed from the cellular industry. However terminal costs, compared to other connectivity technologies, are likely to remain high for some time as product volumes are unlikely to be initially sufficient to drive the price lower.

So, can satellite technology bridge connect the unconnected in the next decade?

The first LEO super constellations have passed through the planning stage and are now being implemented. It is likely that one or more of these constellations will be successful. However, several technological challenges need to be overcome to provide affordable high capacity internet to the unconnected. Overcoming these challenges in the next decade seems eminently possible.

On the other hand, it seems likely that the main focus initially won’t be providing high speed internet directly to unconnected consumers. Instead, the initial uptake is likely to be in business-to-business markets, where equipment costs may be less critical. A small number of consumers may also directly connect to the service.

A major market, especially in remote and developing parts of the world, is likely to be cellular backhaul. In turn, this will enable the roll out of 4 and 5G cellular services over wider areas, and yes, bring the internet to the unconnected consumer. Over time, assuming equipment prices fall significantly, direct consumer demand will grow substantially.

Find out more about TTP