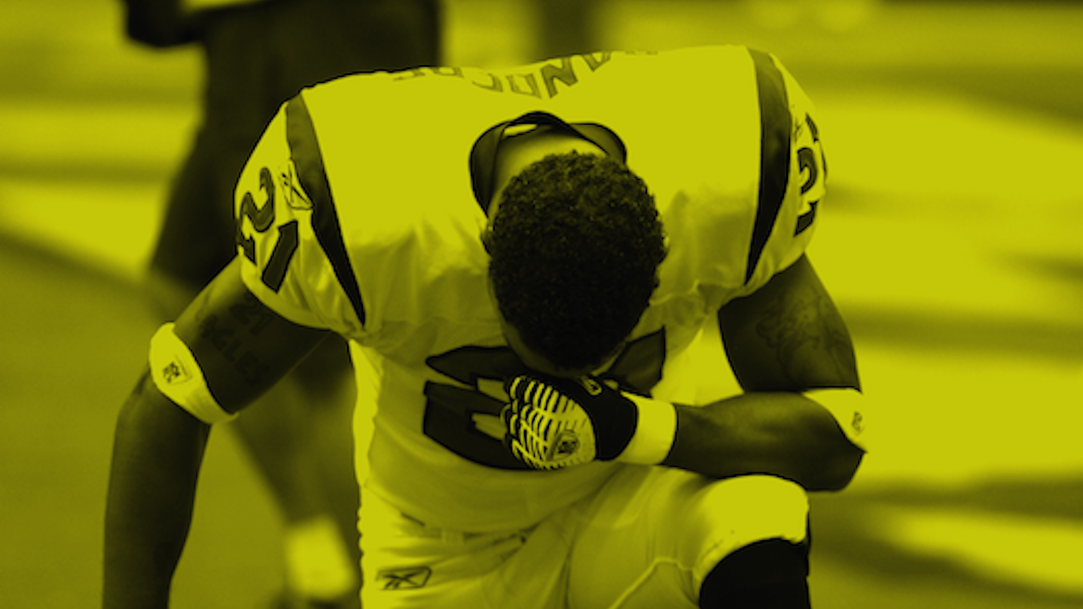 Anthea Hughes, KISS's Head of Account Services, considers what the long-term implications of the controversial Colin Kaepernick ad might be for the Nike brand.

Nike has taken a huge risk with its new advertising campaign, which celebrates 30 years of its ‘Just do it’ tagline. It has got people talking, but is it for the right reasons?

The sportswear giant has chosen Colin Kaepernick as one of the faces of its new advertising. The name might not mean much to UK audiences, but he was the first American football player to “take a knee” when the national anthem was played at games in protest about the high number of African-Americans being shot by police.

Unlike others who have followed, and continue to play football, Kaepernick has paid a high price for his stance. A former San Francisco 49ers quarterback, Kaepernick currently has no contract to play in the National Football League (NFL) and is suing the organisation, arguing that clubs are collectively refusing to sign him because of his activism.

The Kaepernick Nike advert has a picture of the player with the statement: “Believe in something. Even if it means sacrificing everything."

Serena Williams, who herself is featured in another Nike ad in the same series, was quick to back Nike’s decision to use Kaepernick. “Especially proud to be a part of the Nike family today. #justdoit,” she tweeted.

Speaking to reporters at the US Open, she said that Kaepernick had “done a lot for the African-American community, and it’s cost him a lot.” She added that Nike’s use of him in its advert “was a really powerful statement to a lot of other companies”.

So far, so good. But many Americans are, as we know, very patriotic. Particularly when it comes to the national anthem. So has Nike’s bold stance been universally popular stateside? No, it has not.

Donald Trump has previously been quoted as calling athletes who refused to stand for the national anthem “sons of bitches”.

When asked about the Kaepernick ad, Trump told US news website the Daily Caller: “I think it’s a terrible message and a message that shouldn’t be sent. There’s no reason for it.”

But then he added, as a bit of a nod to free speech: “In another way, it is what this country is all about, that you have certain freedoms to do things that other people think you shouldn’t do.”

And some patriotic sportswear fans have gone even further than Trump, filming themselves burning their Nike trainers or cutting Nike logos off items of clothing accompanied by the hashtags #BoycottNike and #JustBurnIt on social media. Country singer John Rich posted a picture online of a pair of socks with the Nike logos cut off.

This is not the first time that Nike has continued to back a sports star who has attracted controversy – it already sponsored Kaepernick before conservative America turned against him – but the current advert has upped the ante. When Tiger Woods’ extramarital affairs were revealed, Nike launched an advert featuring his face. Nike’s support for Woods at this time might have been seen as a bold move, but has nothing like the risk attached to the Kaepernick ad.

From a marketing standpoint, the central question has to be: will the Kaepernick ad lift Nike’s bottom line? Or will it cause more harm than good? Undoubtedly, there will be people who are turned onto Nike’s clothing because of the ad, people who are drawn to a brand that’s unafraid to back a black athlete standing up to racism – and, perhaps, therefore, make a stance on tackling social injustice more widely.

Let’s not forget that the people burning their Nike trainers had already paid for them, so the act might not be as much of a slight to Nike as was intended. And the publicity generated by the advert has far outweighed that of any ordinary advertising campaign. It has made the news headlines on TV, radio and in print, not just in the USA but around the world. If nothing else, the column inches and broadcast seconds will look good when Nike’s marketing department crunches the numbers.

So one litmus test will be whether Nike’s sales improve as a result of the advert. But we all know it’s not that simple with brands. A divisive advert like the Kaepernick one can inspire lifelong brand loyalty – or lifelong brand avoidance. And that’s not something that can be measured in one financial year’s revenue growth. Or loss.