On Monday 17 September 2018, CW assembled the cream of the technology start-up and investor community at the CMS London HQ for an intense afternoon of pitching and networking.

Ten finalists had made it through from the application round, beating forty-one other ambitious entrepreneurs for the opportunity to present their business plan to over twenty potential financial backers.

Each start-up had an initial five minutes to provide a succinct and engaging overview of their business including details such as problem space, market size, solution, competitors, customers and current team – not much time at all to cover such critical information! The audience was then permitted four minutes of to-and-fro with the presenters to drill into the finer details.

Following the pitches, the judges rotated in pairs around the demonstration areas, spending three minutes at each station assessing the quality of both the pitch and the technology on show. This was a dynamic period of networking for many of the attendees during which they were able to personally see examples of the technology that had been described earlier in the day.

The business pitches judged to be best on the day, and the winners of Discovering Start-Ups 2018, are Conigital Group, Granta Innovation and Tethir. 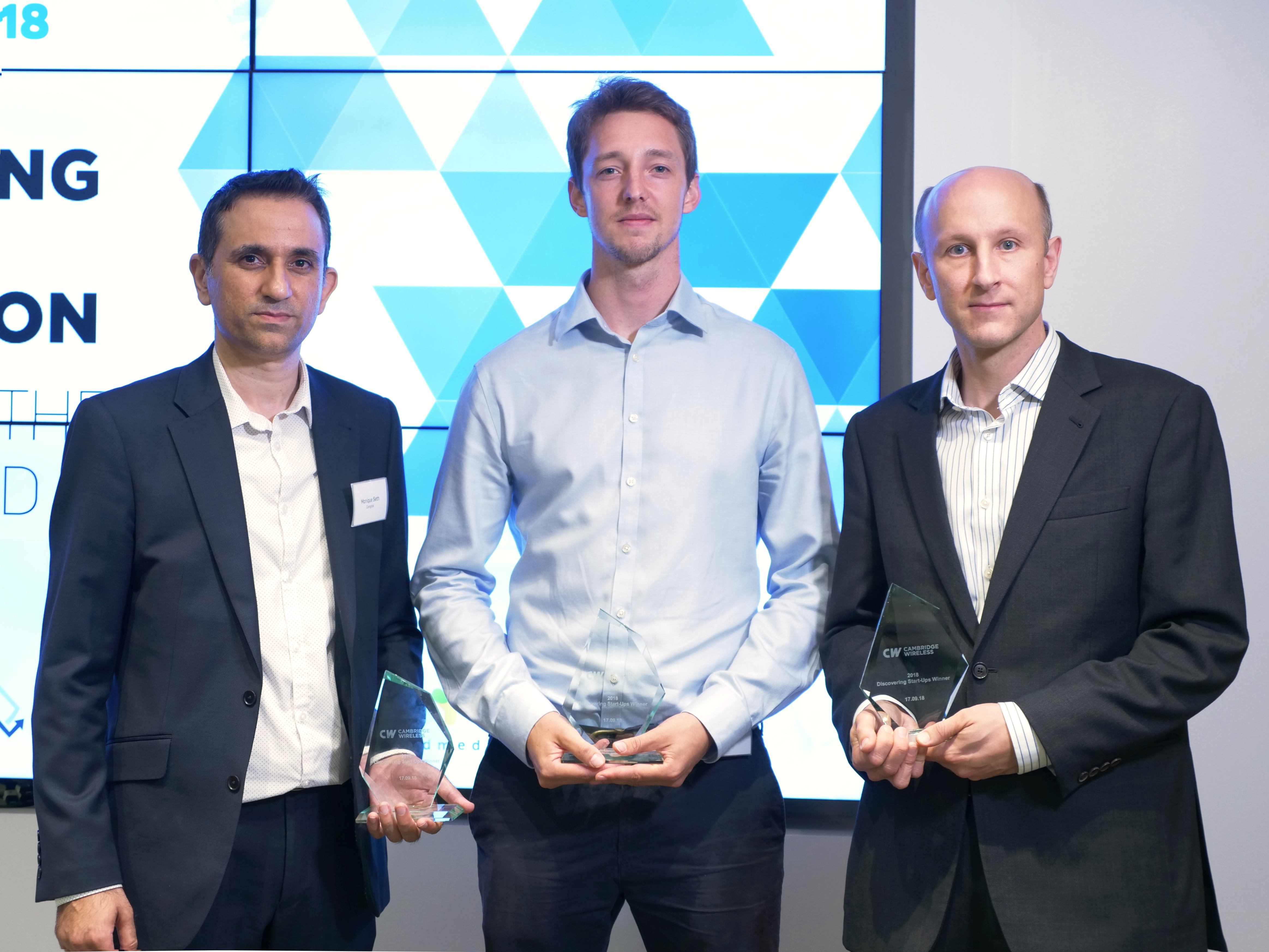 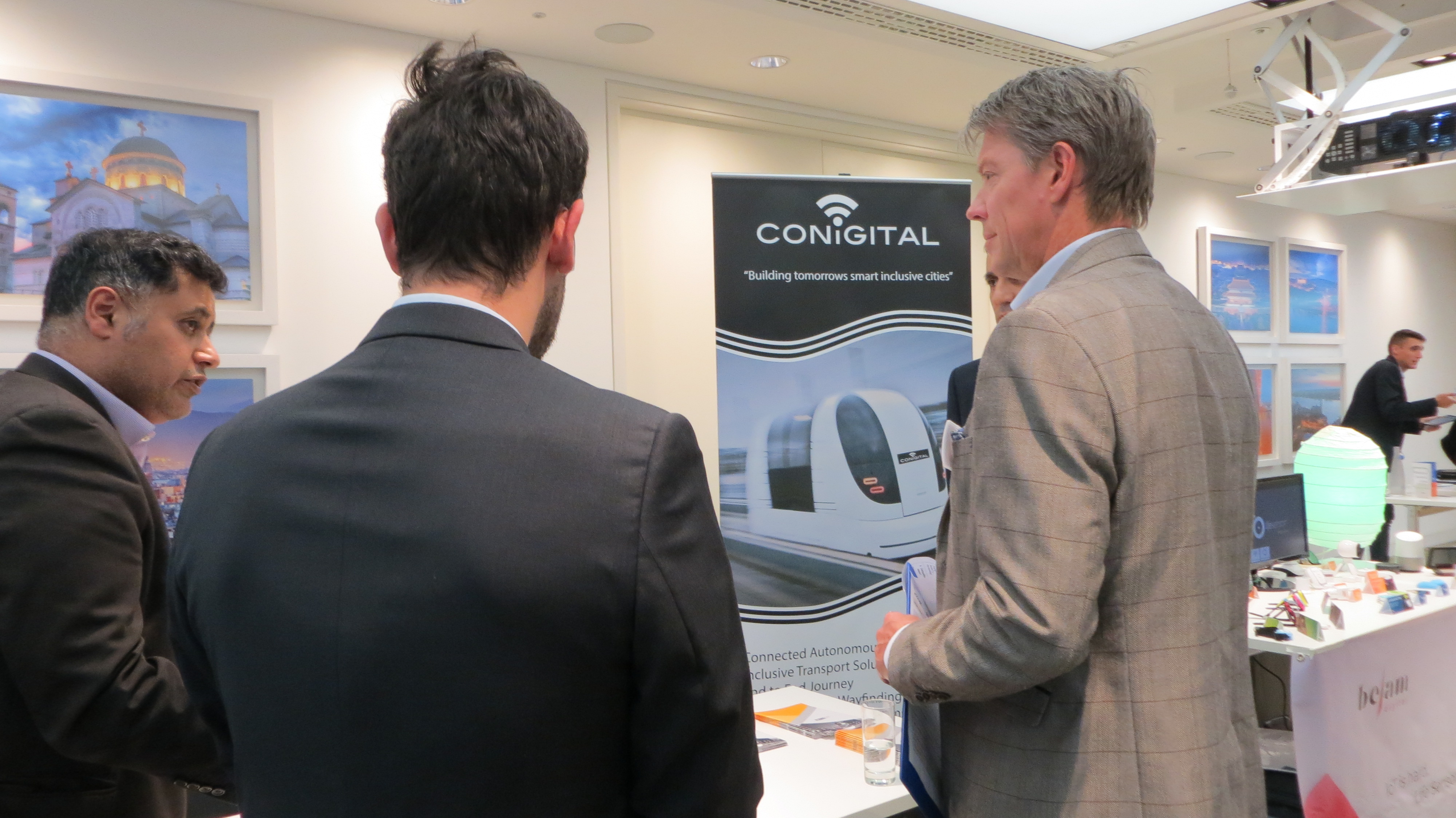 Conigital Group connects and automates transport in some of the world's busiest and most complex environments. This is done by offering a complete turnkey autonomous driverless vehicle deployment, via our mobility and connectivity platform which integrates any autonomous vehicle or fleet into the existing transport network. The pitch was ably delivered by Monique Seth, Co-Founder, while the excellently set up demonstration was managed by Partner & Head of Projects, Don Dhaliwal.  During the presentation Monique revealed multiple six figure commercial deals and a healthy position in the connected vehicle ecosystem with support from influential organisations.

Granta Innovation is developing a novel AI system for MRI imaging, aiming to transform the way we diagnose and manage cancer. While competitors could come from massive players such as Siemens, Philips or Facebook, Antony Rix successfully described his organisation’s distinctive lead in the market as being due to the perfect mix of access to data and world-leading clinical partners. Not to mention that Antony himself has good experience in growing and exiting start-ups – he has co-founded both 8power and Psytechnics. 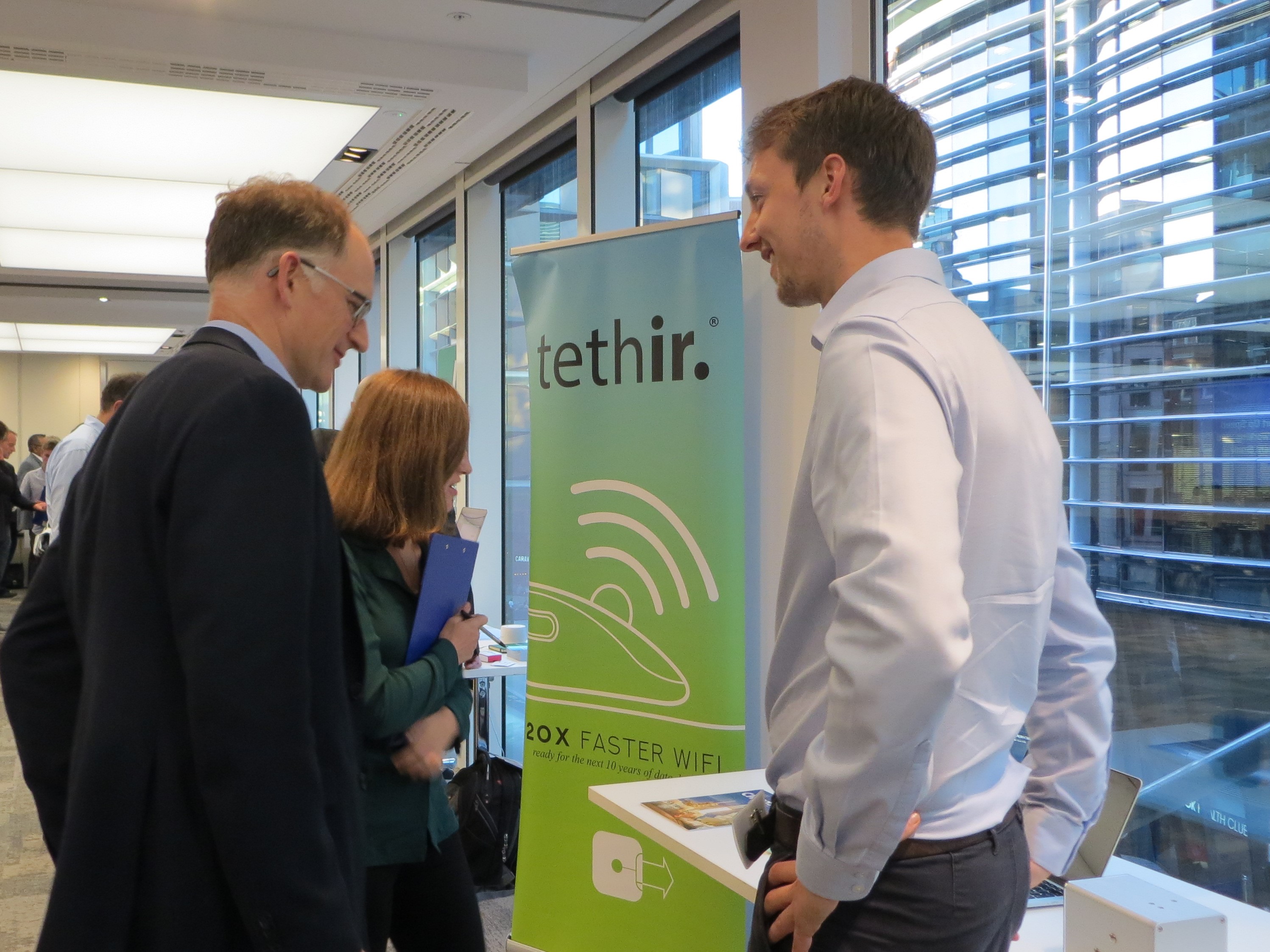 At a time when the relentless growth in demand for data will place increasing pressure on the radio spectrum for wireless networks across the world, Tethir is developing advanced optical wireless solutions that overcome the size, reliability and cost limitations that have held back the widespread adoption of Optical Wireless to date. Alex Hudson, CEO, gave a slick presentation that outlined the benefits to consumers that their novel technology brings, from high speed connectivity on trains to consistent connections in traffic dense environments such as music concerts. Alex definitely took Peter Cowley’s advise from the start of the day and emphasised the skills and experience within Tethir’s impressive management.

Many thanks to the judges who shared their precious time, to all the finalists who participated, and congratulations to the three winners! CW wishes all of you you the good fortune as you continue to develop your businesses. While the winners do receive a number of prizes, the true value of Discovering Start-Ups comes from the contacts made, the conversations held and the feedback from the judges that help start-ups bring their business goals to life.

Elsewhere during the afternoon

Also presenting over the course of the afternoon was the host, Antony Waller from CMS, who introduced equIP, a CMS programme launched three years in the UK to help start-ups in the technology sector scale and grow. CMS equIP has grown significantly in the past three years and now supports more than 50 start-ups in the UK and earlier this year launched in CMS Singapore and CMS Dubai.  The chair, Peter Cowley of Invested Investor provided delegates with advice on how to stand out from the crowd. His personal lessons learned as an Invested Investor included:

Magna International and IC Resources, two sponsors of the day, briefly addressed the audience before the finalists were announced, outlining the extensive investment capacity of the multinational automotive supplier and a novel approach to solving the skills gap in electrical engineering, respectively. IC Resources have established a programme with the UKESF to inspire students into electronics degree courses by equipping teachers and young people with hardware to play on – and the knowledge to play with. It’s a laudable project that we hope CW members will be inspired by.