Want to hear the inspirational journey of an entrepreneur, investor and VC and who is often referred to as the ‘Godfather of European Accelerators’? Jon Bradford was recently interviewed by the experienced Invested Investor, Peter Cowley. 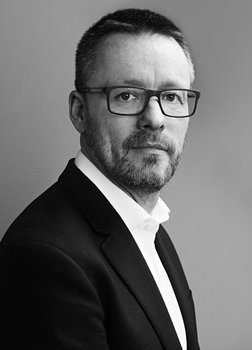 Want to hear the inspirational journey of an entrepreneur, investor and VC and who is often referred to as the ‘Godfather of European Accelerators’? Jon Bradford was interviewed by the experienced investor, Peter Cowley. Peter is the co-founder of the Invested Investor, a venture to educate entrepreneurs and investors by sharing war stories from all corners of the start-up ecosystem.

Jon Bradford is a Founding Partner of the venture capitalist investment fund Motive Partners and is a highly experienced early-stage angel investor. He launched the first boot camp accelerator outside of the US in 2009, which subsequently merged with Techstars to become the US giants first international programme. He also founded the Ignite100 Accelerator in the UK, the Start-up Wise Guys Accelerator in Estonia and the Eleven Venture Accelerator in Bulgaria.

When asked by Cowley as to how he started as an investor, Bradford said,

One day, one of the VCs that was constantly pitching for money phoned me back, which was unusual. But they basically said, we've got the last part of a million pounds in a bank account that needs investing. Would you like to come along and do some seed investing? Typically, it was 150K cheques, there were six cheques. I did five of them. I got to number six and said, I've got this crazy idea. I've seen this thing in the States called Y-Combinator and Techstars. What if instead of writing one cheque, I write ten cheques for 15K? Wouldn't that be amazing! It was the very first time I'd ever done anything entrepreneurial in my life… They said yes.

And that cleared the successful path for Bradford to begin his journey as an investor.

Bradford went on to share lessons learned from running ten accelerators over a period of five years,

… when you invest at an early point in the business, there are really only two things that matter in my head. One is the people, and two is how big is the sardine market that you're going after.

He went on to describe the lessons he had learnt from investing.

Also, as an investor, you have to be humble enough to recognise what you do know and what you don't know, and actually look for feedback from other people. You'll find your own way of thinking about how you do investments. It's a very personal thing, but it's very important for you to listen to how other people think about investments, and the process that they go through.

To hear the full details of the insightful podcast, please visit www.investedinvestor.com.

Alongside his co-founder and son, Alan, the Cowleys have amassed a wide-range of insightful and enjoyable content, which can be found at www.investedinvestor.com. The Invested Investor will be launching its second series of podcasts for 2019 on 24th April. There is an impressive line-up of podcastees including Hermann Hauser, Rosalind Singleton, David Cleevely, Toby Norman and Ronjon Nag. Watch this space!