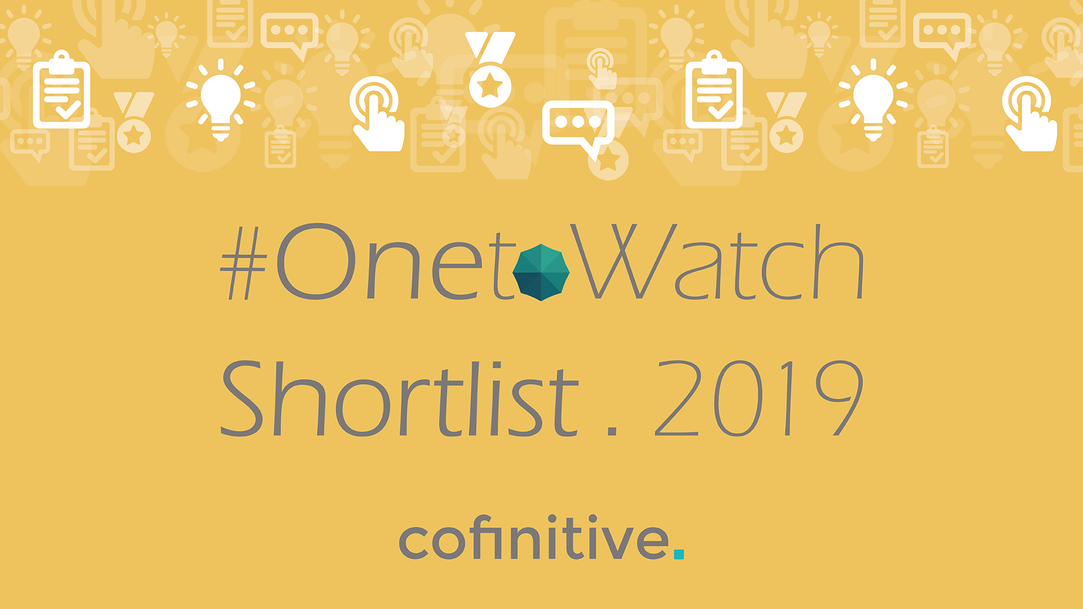 From over 500 entrants, and after publishing 219 of them on the Cofinitive long lists, we are now pleased to announce the short list in advance of the March unveiling event of the Top 21

For the last 12 months, Cofinitive have been running the #OnetoWatch campaign showcasing the people, companies and ‘things’ on the cutting-edge of innovation and entrepreneurship in Cambridgeshire & across the East of England.

We set about on a plan to highlight the lesser-known of these through our #OneToWatch campaign, through desk research, recommendations and online submissions.

Out of just over 500 entrants on the full list, it was important to triage who really constituted #OnetoWatch. It would be easy to assume that these would all be ‘new’ companies but the category of ‘things’ meant that companies like Cambridge Consultants, with their Pebal, also made the long list.

We had entries as far out as Boston, San Francisco, Canada, China and Barcelona. But with entries limited to the East of England (not just Cambridge), we had to omit those, as well as some really strong entries from the UK including London based Sean O'Keefe with COGZ, and Nova Extraction from Nottingham.

With such diversity and ingenuity amongst our #OnetoWatch cohort, the attributes we were looking for were Innovation, Challenge, Influence, Viability and Memorability and you can read more about this criteria on our blog.

Based on the above, the three published long lists accounted to only 42% of the total entries. And from that only 42 made the short list across a range of sectors including ITS, biotech and life sciences, textiles, aviation, AgriTech and social enterprise to name a few.

To see the short list, and find out more about our judges and the unveiling event, please go to https://www.cofinitive.com/onetowatch_shortlist