Founded by Peter and Alan Cowley, the Invested Investor is a start-up that aims to increase the success rate for entpreneurs and angel investors by sharing their insights and stories. In this interview, Alan Cowley interviewed Toby Norman, the CEO of Simprints, a rapidly growing company trying to solve a global medical identity problem using biometric technology. 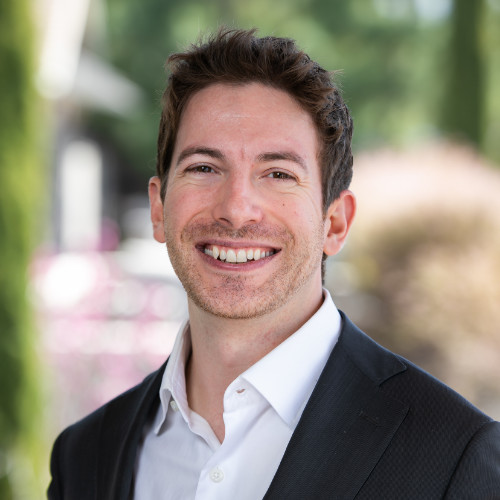 According to the UKBAA, an estimated £1.5bn is invested annually by angel investors in the UK, which is more than three times the amount of venture capital (VC) investment. Therefore, it is paramount that we make sure angel add more than just money to future entrepreneurs. Founded by Peter and Alan Cowley, the Invested Investor is a start-up that aims to do exactly this by sharing the entrepreneurial and investor insights and stories. In this interview, Alan Cowley interviewed Toby Norman, the CEO of Simprints, a rapidly growing company trying to solve a global medical identity problem using biometric technology.

…the fact is that today 1.1 billion people, that's one in seven people on the planet, have no formal identity whatsoever.  They're functionally invisible in the eyes of the world, mostly in poor and developing countries.

What this means is that it's incredibly difficult for organisations that are trying to fight poverty and global disease, so picture teams such as UNICEF, Mercy Corps, Doctors Without Borders, and others, to link patients or beneficiaries consistently to records, showing for example that they've received healthcare services or access to education.

Norman’s background is in global health and has been in this space for 10 years, first at Harvard University, followed by the University of Cambridge. He found it was really difficult for health workers to be able to dependably link patients to digital records.

His venture started out as a project to deliver digital healthcare in developing countries using the idea of fingerprints biometrics. It quickly resulted in him teaming up with three co-founders and setting up a company that is today called Simprints. The company currently reaches 2.1 million mothers and children across eleven countries, where Simprints biometric is a frontline tool that positively impacts people lives.

I had accepted a job with McKinsey, so I was thinking about what I'd do next, in terms of my career. Had no ambition whatsoever to be an entrepreneur, to actually ever build out a company. But as we got further and further into this problem, it really just became too interesting to let go and too important to let go, and so I think it really was at the end of my PhD, where I had to sit down and figure out what I wanted to do next, and it just became incredibly clear to me that the right thing to do was to turn down the job at McKinsey and actually throw my weight behind trying, at least, to build a tech company to solve this challenge.

When asked by Cowley if he had any advice for other entrepreneurs who want to raise investment, Norman says,

This is a challenging area. Here are a couple lessons that we've learned over the past couple years. First, you need to be very clear what is the story that you're trying to tell… and you need to support that story with a quantitative empirical story that's driven by data. And I think this is really important…I think if you're not willing to back that up with actual market data showing the scope of the problem, the potential of the technical solution, and evidence that what you're proposing can genuinely work, I think you're missing opportunities to get on board supporters and funders who are going to be driven more by that kind of evidence.

Invested Investor is a social enterprise aimed at helping investors and entrepreneurs create a greater number of successful start-ups. The Cowleys believe that by sharing lessons learned, start-ups will make less mistakes. The first book, titled The Invested Investor: The new rules for start-ups, scale-ups and angel investing, has been released and they are on the way to publishing a second book at the end of this year. Listen to the whole podcast on the Invested Investor’s website. For more information, see www.investedinvestor.com or email contactus@investedinvestor.com.