It is not a secret that AI is increasingly important for developments in technology and business.

The use of AI seems practically limitless. For example, AI can improve weather forecasting, boost crop yields or improve the detection of cancer. At the end of January 2019, WIPO published its flagship study regarding recent trends in AI patenting. This study analyzed patents, scientific publications and other AI-related data from the 1950s until the end of 2016. Some of the most important findings from the report are highlighted below.

AI first emerged in the 1950s when the term “artificial intelligence” was coined at a Dartmouth conference. Since then, nearly 340, 000 AI- related patents have been filed and over 1.6 million scientific publications have been published. It is interesting to note that more than half of the 340,000 AI- related patents were published after 2013. This indicates a rapid boom in the field. 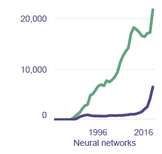 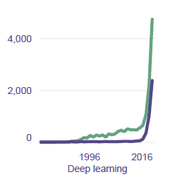 The most popular AI functional application is currently computer vision which can be found in nearly half (49%) of all AI-related patents. The second place belongs to natural language processing at 14%, which is closely followed by speech recognition processing at 13%. Character recognition is the leading sub-category in computer vision both in terms of date and the total number of patent families, with a history dating back to the 1980s. However, biometrics is currently the fastest growing sub-category in computer vision. It has overtaken character recognition in recent years because biometrics has grown by an average of 30% since 2013.

The top spot in AI is shared between the transportation industry and the telecommunications industry, with both sitting at 15% of all AI-related patents. The third place is occupied by life and medical sciences at 12%. The fastest growth can be observed in transportation, agriculture and computing in government, which grew more than 30% annually on average between 2013 and 2016.

Top two patent applicants for the transportation industry are Toyota and Bosch, both of whom are investing heavily in self-driving vehicles . Life and medical sciences are led by Siemens and Philips. Microsoft and Samsung lead in the field of telecommunications, and computing in government is led by Microsoft and IBM. The figure below shows the major sub-categories of the transportation industry regarding AI patents and their growth.

The WIPO report also recognized the key players in the field. The companies are ranked based on the number of AI patent applications in their portfolios at the end of 2016.

Top 30 applicants are presented in the figure below. 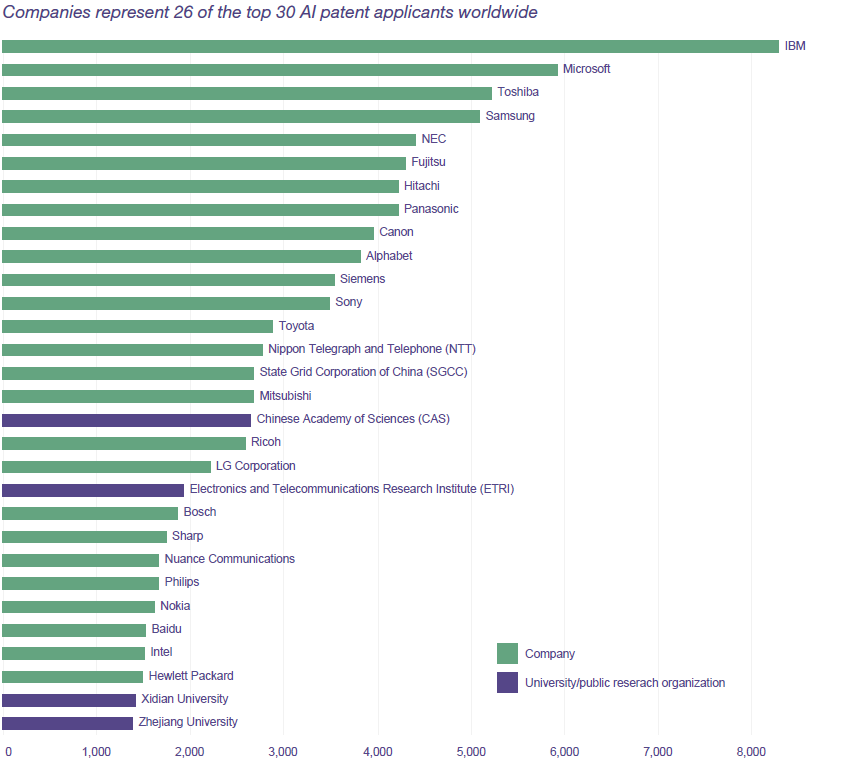 Artificial intelligence is a new digital frontier that will have a profound impact on the world, transforming the way we live and work.

At Appleyard Lees, we very much agree. Our dedicated AI team focus on providing technology based businesses with the necessary IP protection to continue to grow and thrive.