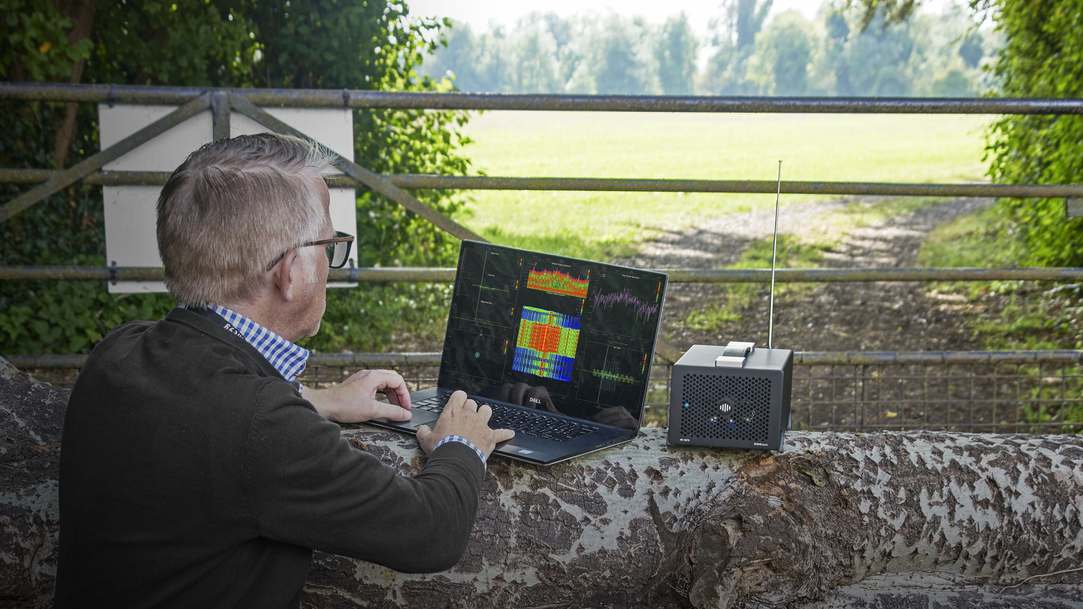 With a high-fidelity RF receiver and up to 25.6 TB of built-in, enterprise-class, solid-state storage, the SenS Portable can record up to 12 hours of gapless, high-resolution RF data across a wide instantaneous bandwidth (IBW) of 100 MHz.

But storage is only one part of the equation: The other is receiver sensitivity. The SenS Portable uses a highly sensitive built-in receiver. Its low noise figure and phase noise and high spurious free dynamic range (SFDR) empower operators to capture and differentiate between low-power, distant or “snuggling” signals—small signals that hide beside larger signals, a tactic commonly used by state-level actors in electronic warfare (EW).

For our military customers in particular, signal fidelity means very little. Commanders want situational awareness; they want the most comprehensive view possible of their battlespace, explained SenS Portable Product Manager Danielle Simmons. When we say our RFeye system has great signal fidelity, what we mean is that you can see more in the same signal environment. You can catch those complex, short-pulsed signals. You have a better chance of seeing that weak signal from over the ridgeline. Whether for civilian or military signal collection, your probability of intercept, your POI, for the signal you want is much higher.

The SenS Portable doesn’t just have advantages for electronic and communications intelligence (ELINT and COMINT). Across 5G development, test and measurement of sensitive electronics like autonomous vehicles and medical equipment, spectrum management for telecommunications regulators, and even countersurveillance, the capture of native signals in complex, real-world signal environments is driven by financial, safety and security concerns.

Mistakes can be costly, continued Simmons. Failing to account for real-world signals can cost lives. If a pacemaker or insulin pump or self-driving car fails to deal with real-world RF environments, the effects can be devastating. Sometimes you just have to go outside the lab.

The SenS Portable will launch in the U.S. at AOC 56 in Washington, DC from 28–30 October. More information can be found at crfs.com/product/recorder/sens-portable.