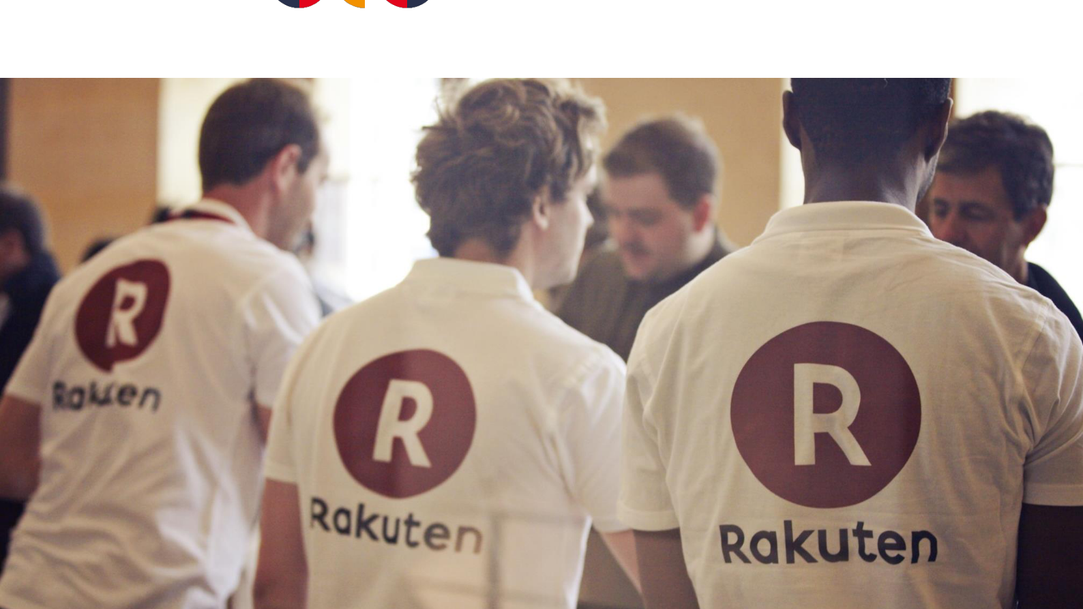 Guest blog by Matt Pooley, Virtualisation Practice Lead at STL Partners. Japanese new-entrant mobile operator Rakuten Mobile has made waves recently for its claims that it has built a cloud-native, multi-vendor 5G network. The hype is justified: this is a world first. But how true are these claims? And why does this matter?

Matt is speaking at the upcoming CW Virtual Networks SIG event "Reality Check for SDN" on 12 March in London.

Building a mobile network from scratch

Rakuten is a unique player in telecoms, in that it does not define itself as a mobile operator. In 2014, the company began to offer consumer connectivity as a mobile virtual network operator (MVNO) on NTT Docomo’s 4G network. But this was primarily intended as a way to diversify and expand upon its existing business in e-commerce and web content.

This all changed in April 2018, when the company was awarded a licence to build and operate its own 5G network. The company was to become a fully-blown mobile network operator (MNO), with its own radio spectrum and network infrastructure. This would mean building a network from scratch.

In October 2018, outspoken CTO Tareq Amin outlined ambitious plans to build a brand-new 5G network, virtualised from end to end – from the core right through to the radio access network (RAN) – with all network functions broken up into micro-services running on common computing hardware. This would be the ‘world’s first cloud native platform’. 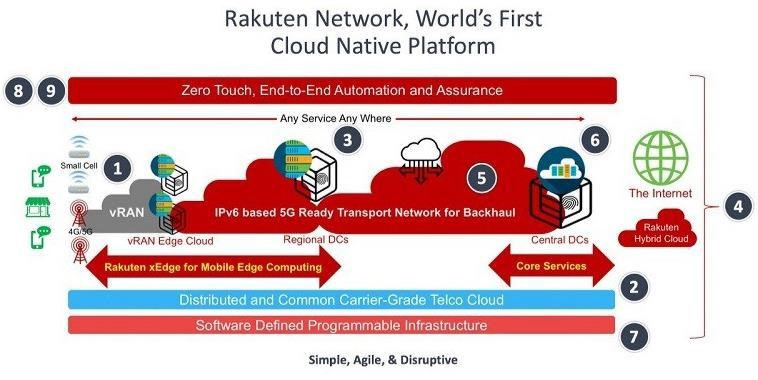 This in itself was ambitious, but not impossible. After all, having no existing network infrastructure meant that Rakuten could design without legacy constraints. But Amin promised more: the core network, able to operate in dual 4G/5G mode, would go live within 12 months. The only constraint was capital expenditure.

In reality, timelines have slipped. The company has already pushed the core network go-live date back from October 2019 to Spring 2020. When it does go live, the company will offer connectivity services over the 4G network of competitor KDDI, with whom it has signed a roaming agreement. Only later will it will begin to operate over its own 5G radio network, where coverage is available.

But, assuming that it does go live, what about the claims that it is cloud-native, multi-vendor and fully-virtualised? It’s complicated. There are several aspects which are inconsistent.

Microservices, but not cloud-native

Part of the problem is that Rakuten’s definition of ‘cloud-native’ differs from ours. STL Partners would expect a cloud-native 5G network to be based on a microservices architecture, where the software which makes up the core network has been broken down into sub-components which can be swapped in and out without issue.

Rakuten’s core network is based on such a microservices architecture. But, at least from the outside, the microservices appear to be tied to specific vendors. Both Nokia and Cisco supply network function software – but each vendor’s functions depend on their own, proprietary management software. And because the whole lot has been designed to operate on Rakuten’s private telco cloud, it would be difficult to port it to other hardware environments. To us, that’s not quite cloud-native, impressive as it might be.

Multi-vendor, but not vendor-neutral

Rakuten's new network is certainly multi-vendor. Elements are provided by Cisco, Nokia, and more. However, the way that the network has been deployed means that it is not entirely vendor-neutral. Cisco is providing some of the critical network functions (in this case the vEPC for example) on a Cisco-dominated management and orchestration (MANO) stack. All of this is is so tightly integrated together that it becomes, to some extent, irreplaceable.

This seems more of a classic best-of-breed implementation than a fully open, multi-vendor situation and to some extent, maintains much of the vendor lock-in that the telecoms industry is trying to do away with.

Rakuten’s platform depends on several hardware acceleration techniques that compromise the independence of hardware and software, which is a key tenet of virtualisation. An example is the use of Single Root Input-Output Virtualisation (SR-IOV), a technique which transforms a common computing device into a device dedicated to a particular function.

Many other operators have employed SR-IOV, not least because it significantly increases performance. But it’s not virtualisation by its strictest definition, because the software and hardware are linked together.

You might conclude from the above that some of Rakuten’s claims are misleading - but this might be missing the point.

There is no doubt that what Rakuten has done to deliver a viable, carrier-grade NFV-based network is impressive. This is the most advanced attempt to demonstrate the viability of the virtualised, cloud-native and multi-vendor characteristics of the 3GPP 5G standards.

At the end of the day, Rakuten is a business. It has to strike a balance between idealism and what is achievable within its ambitious timelines.

Whether or not the performance and resilience of the network is able to reach the required standard at this point in time is another story. We’ll wait and see!

For more information on our analysis of Rakuten in the wider industry context, see our recent report, The 5G core and NFV: Different sides of the same coin.

Get in touch with the author to learn more: matt.pooley@stlpartners.com