With 5G here, what’s next for the Internet of Things? 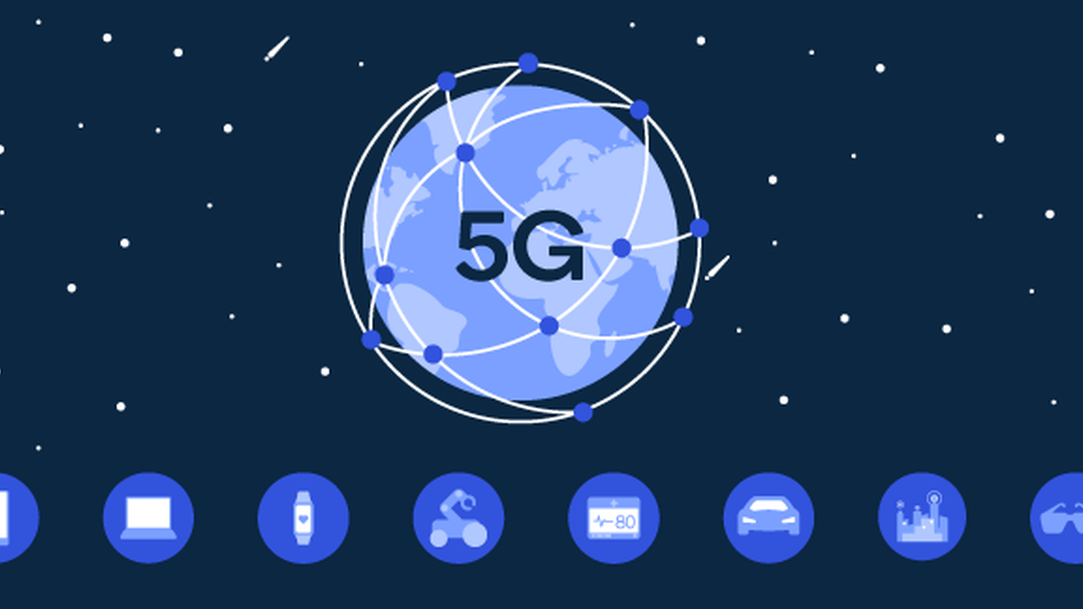 We are only at the beginning of the 5G era yet we have already witnessed an unprecedented rate of 5G network buildouts and increasing demand for support of a wide range of 5G devices, starting with the smartphone. At Qualcomm, our vision for 5G is a unifying connectivity fabric for the Internet of Things (IoT), giving rise to our hyper-connected future. We believe 5G will touch on all aspects of our lives, addressing the insatiable need to become even more connected. It is expected that with new capabilities and efficiencies, 5G will continue to expand the reach of wireless communications to new industries far beyond the traditional mobile ecosystem.

Today, most IoT applications rely on a system solution in which IoT devices are connected to a central cloud where most of the intelligence resides. In this case, IoT devices (e.g., sensors) gather and send raw data to the central cloud, and the central cloud has the responsibility to extract insights and make decisions. The expansive reach of 5G is expected to fuel the rapid growth of IoT. A recent McKinsey study predicts that the number of connected devices will reach 43 billion by 2023. The sheer number of new devices requiring connectivity will make it difficult for the current central cloud model to efficiently scale, particularly given the data volume and requirements of new use cases, such as industrial automation that introduces even more stringent system privacy requirements and the need to keep  sensitive data local. This mixture of increased volume and increased privacy requirements are a good example of why a new distributed intelligence paradigm will be needed for IoT to reach its full potential. With the intelligent wireless edge, not only will IoT scaling become more efficient, it will also bring new benefits such as realizing lower latency and enhanced privacy.

In the next 5G standards release, 3GPP Release 16, there was a concerted effort to add new capabilities to 5G to expand its reach into new industries. For instance, the full potential of Industry 4.0 can be unleashed by “cutting the wire” in industrial automation. Release 16 introduces enhanced ultra-reliable low latency communication (eURLLC) to deliver milli-second latency, time-sensitive networking (TSN) for timing-deterministic transmissions, and unlicensed spectrum (NR-U) and private network support for more flexible deployments. Another new capability in Release 16 is the introduction of high-reliability 5G positioning, which complements existing positioning services like GNSS, enabling a broad set of 5G IoT use cases such as asset tracking.

Scaling down for lower complexity IoT

5G will also efficiently connect billions of low-complexity IoT devices, such as environmental sensors and utility meters. These IoT devices are usually delay-tolerant with a focus on being low-complexity and power efficient. To address this IoT segment, 3GPP continues to evolve NB-IoT (200 kHz bandwidth) and eMTC (1.4 MHz bandwidth) to bring more capabilities and efficiencies. 3GPP Release 16 added support for these technologies to operate with a 5G core network and in-band with 5G NR deployments — making NB-IoT and eMTC the initial solutions for 5G massive IoT.

While Release 16 started to address IoT needs at these two extremes of very high performance (e.g., IIoT) and very low complexity (e.g., NB-IoT), there is still a whole gamut of IoT applications in between. To address these needs, 3GPP Release 17 is introducing 5G NR-Light that will bring new efficiencies for lower complexity devices such as industrial cameras, higher-end wearables, and lower-tier smartphones. While the specifics of NR-Light are still being defined, the general approach is to scale down the current 5G NR design. Here are some key design aspects being considered:

Beyond Release 17, we are continuing to drive future system R&D to further enhance 5G for the IoT. One focus area is to expand 5G NR-based design to massive IoT use cases by further scaling down NR-Light in future releases, which takes advantages of 5G NR inherent technologies such as new waveform, channel coding, and topology . Thanks to the 5G NR flexible framework design, all existing and future 5G IoT services can seamlessly coexist, delivering on our 5G vision to support all the needs of the connected future.

Connecting a massive scale of IoT devices naturally leads to the question of how to scale IoT in an efficient and secure manner. These are indeed very important considerations and their combination presents a great challenge, but at Qualcomm Technologies, we enjoy taking on and solving these “impossible” technology challenges with an end-end systems approach. For instance, our IoT chipsets offer  hardware-based security, supported by Qualcomm wireless edge services, to allow our customers to focus on what’s most important to them — building their IoT solutions.

Looking forward, we foresee the emerging need for a new end-to-end data management paradigm to address the massive amount of data that will be generated by the increasing number of IoT devices. The focus will no longer be only on managing these devices, but also on the data management itself, including data ownership (for device and associated data), provenance (for establishing a single version of the facts), and governance (for controlling the management and access of data). Our Qualcomm Research team is working on different parts of this end-to-end solution; for example, we are researching homomorphic encryption that could allow encrypted data to be directly processed. To learn more about our vision in this technology space, please watch this video.

While 5G is now in commercial deployments, there is still a rich roadmap of upcoming 5G technologies. We see 5G and AI coming together as a potent force for innovation in this decade, creating what we call the era of intelligent connectivity. This means the world will be connected with an increasing number of intelligent devices well beyond what we have seen so far. With AI becoming integral to these connected devices and the continued advancement of visual computing and user interfaces, we foresee a closer level of interaction between people and devices, presenting us with the possibility of a new era of wireless connectivity. Wireless technology will continue to evolve, and so will innovations that shape our future. This research is happening now and at some point in time, we expect 6G will come. Whether it adheres to the historical 10-year cadence between new generations of wireless technology or not, Qualcomm will continue to drive the innovation momentum bringing next-gen technologies to the world.