How to prosper through persistent disruption 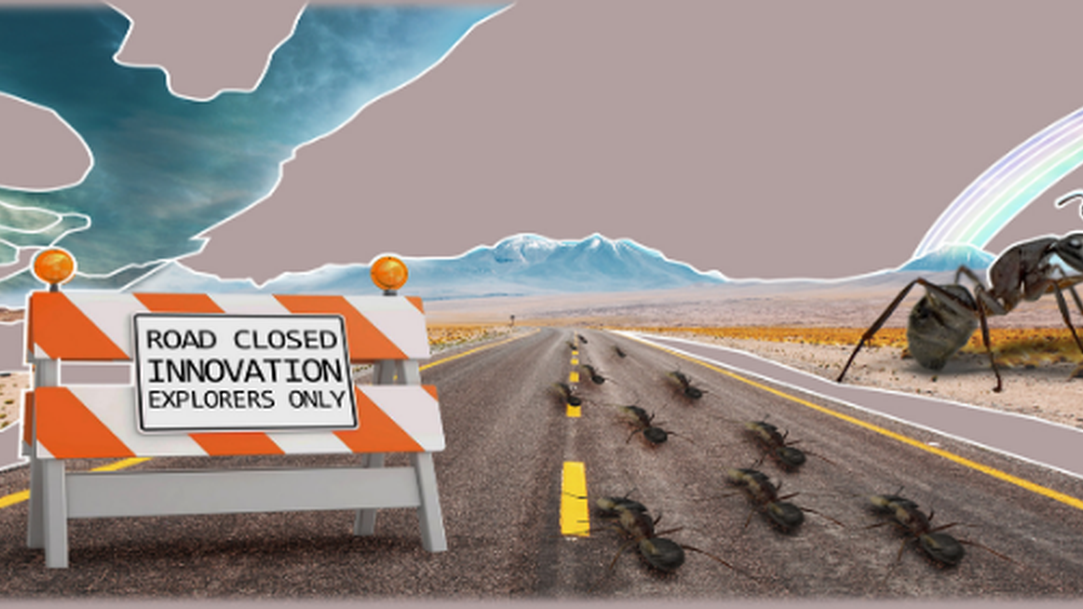 Even before the COVID-19 pandemic, two out of three companies were already either in the throes of – or stood on the brink of – significant disruption, according to research by Accenture. The professional services company has calculated that $41 trillion in enterprise value is exposed to disruption. It is no longer a short-term shock that we have to deal with now – disruption is a persistent battle.

The spectre of Blockbuster and Kodak looms large. Will Tesla be the downfall of traditional car manufacturers? Will Amazon upend the global retail landscape?  Environmental, technological, and societal changes can all affect your businesses’ future roadmap.

The Austrian economist Joseph Schumpeter coined the term "creative destruction" in the 1940s to describe the way technological progress improves the lives of many – at the expense of a smaller few. Creative destruction occurred during the Industrial Revolution when machinery and improvements to the manufacturing process, such as the assembly line, pushed out craft and artisan production. While the economy as a whole benefited from such improvements, those craftsmen who were displaced saw their jobs destroyed.

The automobile is another classic example of creative destruction – virtually wiping out the equestrian transportation industry. But for every horse-drawn carriage maker who saw their job disappear, many more new opportunities were created in car factories and related industries such as road and bridge construction.

The recent information revolution and technologies such as computing, the internet, mobile telephony, and information technology have once again begged the question of whether jobs and industries will be destroyed. But this time there's a question mark over whether the destruction might outweigh the creation.

Just think about some of the seismic shifts we now take for granted. Car-sharing apps such as Uber and Lyft are giving traditional taxi companies a run for their money. Airbnb is doing the same for the hotel and holiday letting industries, while travel websites such as Expedia and Travelocity have virtually eliminated the need for traditional travel agencies. E-books are negatively affecting publishers and printers – and newspapers have seen their circulation numbers plummet as readers turn to online media and blogs.

A recent report from Credit Suisse uses an interesting metaphor to explain what’s happening as technology lowers barriers to market entry. It compares companies to ant colonies. There is a source of food nearby, some ants find this source and via chemical signals communicate its existence to other ants. The ant colony then sets to work, exploiting this food source – like a mining company that has found gold. But the ant colony also has ants that wander aimlessly – these are like explorers which may occasionally stumble on new sources of food. "But it gets even better," states the Credit Suisse report. "The rate of exploration is roughly correlated with the rate of change in the environment."

The report suggests that companies may often fail because they put too much emphasis on exploiting the opportunities of their core business – and not enough on exploration. "Exploration requires a different structure than exploitation, causing companies to stumble," it says. The locality, by contrast, may not suffer from the same weakness. So Silicon Valley and other tech hubs like Cambridge remain intact – the food sources remain but different companies emerge to exploit them.

Over time, incumbent companies have usually built up a reservoir of assets and routines and, unsurprisingly, they lean on these when responding to disruption – rather than staking out new terrain. This leads them down familiar paths. They double down on efficiency. They get defensive. For example, as oil prices collapsed following innovations like new drilling techniques and energy-efficiency technologies, companies in the energy sector focused heavily on reducing their asset and transaction intensity. Other industries, such as infrastructure and transportation services, sought to strengthen their defences – increasing the value of their intangible assets and building cash stockpiles.

The proven, familiar strategies within traditional industry silos may have served incumbents well in the past. But they are not sufficient for prospering through persistent disruption when industries are colliding. An unconventional approach is called for – an innovation pivot – to create your own cutting edge.  The research has found that more ambitious companies go beyond today’s proven technologies to innovate at the next frontier, where they can discover potentially disruptive business models.

Perhaps companies that are adopting new technologies have the entrepreneurial culture to pivot their business quickly when a seismic event like COVID-19 occurs. They may also be in a better position to stay in contact with their customers and deliver their goods/services.

Ultimately though, the best way to prosper in the future is to persistently explore diverse opportunities.

For more information or to discuss anything mentioned in this blog further, please contact Alan at alan.cucknell@igniteexponential.com