The Physiological Challenges of Spaceflight 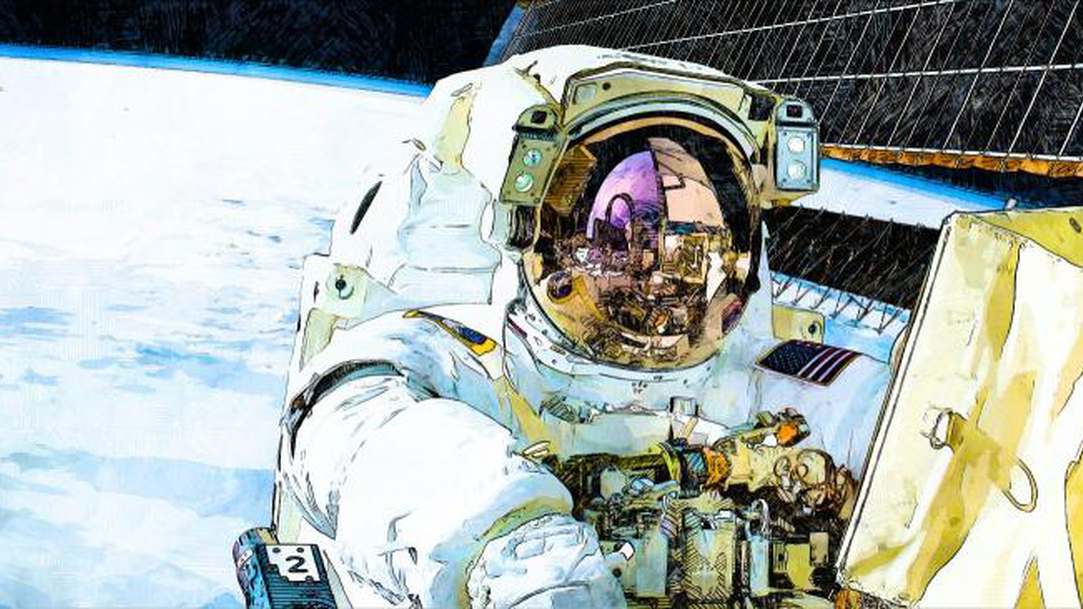 By Guest Blogger Rich Whittle, Bioastronautics & Human Performance Lab at Texas A&M University The recent landing of the probe Perseverance on Mars, and the excitement generated by the high-resolution images currently being broadcast back to Earth, has inevitably started people thinking about human exploration of the Red Planet. However, the challenges faced by a manned journey to Mars are much more than just technical, but reflect some fundamental aspects of human physiology. In this guest article, Rich Whittle of the Bioastronautics and Human Performance Lab at Texas A&M University, reflects on some of the key issues.

NASA has ambitious plans to begin manned exploration of Mars, although its current focus is on sending the next man and first woman to the Moon as part of the Artemis programme, which will establish a permanent human presence there in the coming decade. A key part of this latter objective is to place a spaceship called Gateway in orbit around the Moon, from which landers will take astronauts to the surface and support their activities. Gateway will also conduct a wide variety of human and scientific missions, and in particular study the physiological effects of long journeys into space, in preparation for that first manned voyage to Mars.

The human body has evolved over hundreds of thousands of years to flourish on the surface of the Earth, and it is perhaps not surprising that the stresses of spaceflight pose unique physiological and medical problems. In fact, many of the basic issues associated with spaceflight, such as hypoxia, dysbarism, acceleration, and thermal support, have been well studied through aviation and diving medicine in the years prior to spaceflight. But while the last 50 years of manned space exploration have shown that humans can adapt to space, remaining productive for up to 1 year and possibly longer, there are still many problems associated with the prolonged exposure to a unique combination of stressful stimuli including acceleration, radiation, and weightlessness. The latter condition is a critical feature of spaceflight and has significant effects on human physiology, many of which were quite unexpected at the beginning of space exploration.

Scientists have known for a long time that the human body responds in specific ways to the microgravity environment of spaceflight. For example, a person who is inactive for an extended period loses overall strength, as well as muscle and bone mass. Unsurprisingly spaceflight has a similar effect, resulting in loss of bone mineral density (BMD), and increasing the risk of bone fractures in astronauts. It is predicted that a third of astronauts will be at risk for osteoporosis during a predicted 7-month long human mission to Mars. It is however possible to compensate for this loss of muscle and bone mass using resistive exercise devices that NASA has developed to allow for more intense workouts in zero gravity.

Overall, the pathophysiological adaptive changes that occur during spaceflight, even in well-trained, highly selected, and healthy individuals, have been likened to an accelerated aging process, and are being studied in research groups around the world. My own research at Texas A&M focuses on changes to the cardiovascular system caused by the microgravity environment of spaceflight. In an upright position under the Earth’s standard 1G gravity, arterial blood pressure is lower above the heart and higher below the heart. But in a weightless environment the body experiences a uniform arterial pressure, which decreases the cardiac workload, and reduces the need for blood pressure regulatory mechanisms. As a result, the muscles of the heart and blood vessels begin to atrophy, and consequently some astronauts experience orthostatic intolerance, the difficulty or inability to stand because of light headedness after return to Earth. During spaceflight, cardiovascular changes are noticeable immediately after the onset of weightlessness, with astronauts exhibiting characteristically puffy faces, stuffed noses, and ‘chicken legs’, as approximately 2L of fluid is shifted from the legs towards the head.

These fluid shifts affect not only the cardiovascular system but also the brain, eyes, and other neurological functions. The apparent increase in fluid within the skull is potentially linked to a collection of pathologies of the eye known as Spaceflight Associated Neuro-ocular Syndrome (SANS). This is principally manifested through a hyperopic shift in visual acuity, which in some cases does not resolve on return to Earth.

We believe that many of these problems can be overcome through effective countermeasures during spaceflight, and are often reversible after landing. Physical exercise programs are the main countermeasure used during spaceflight to protect the cardiovascular system. The technology involved has advanced from a rowing ergometer used in the early Skylab missions, through a motorized treadmill used in the ISS. This has been recently joined by a device for performing resistive exercise, and now rowing ergometers are once again being looked at for longer duration missions to Mars due to their small footprint.

However, some astronauts have returned from the ISS with unexpectedly stiff arteries, of a magnitude expected from 10 – 20 years of normal aging. Arterial stiffening is often linked to an increased blood pressure and elevated risk for cardiovascular disease. Additionally, other studies have suggested that insulin resistance occurs during spaceflight, possibly due to reduced physical activity, which could lead to increased blood sugar and increased risk of developing type 2 diabetes. These results suggest that the astronauts’ exercise routine did not always counteract the effect of the microgravity environment and indicated that further countermeasures might be needed to help maintain astronaut health. Here at Texas A&M we are looking at both lower body negative pressure (LBNP) and artificial gravity generated through short radius centrifugation as exciting new countermeasures that could be used in long duration spaceflight.

As we begin to further understand the effects of spaceflight on human physiology, scientists are now starting to study some of the underlying cellular mechanisms using model organisms, cell cultures, organs on a chip and stem cells. And because many of the observed changes seen in space, such as cardiovascular dysfunction due to inflammation, lack of exercise, intracranial hypertension, and hormonal and metabolic changes, resemble those caused by aging or illnesses, the research we conduct may have important applications on Earth. Hopefully, our push for manned exploration of the planets of the solar system will lead to tangible benefits to the health and well-being of humans on our home planet.