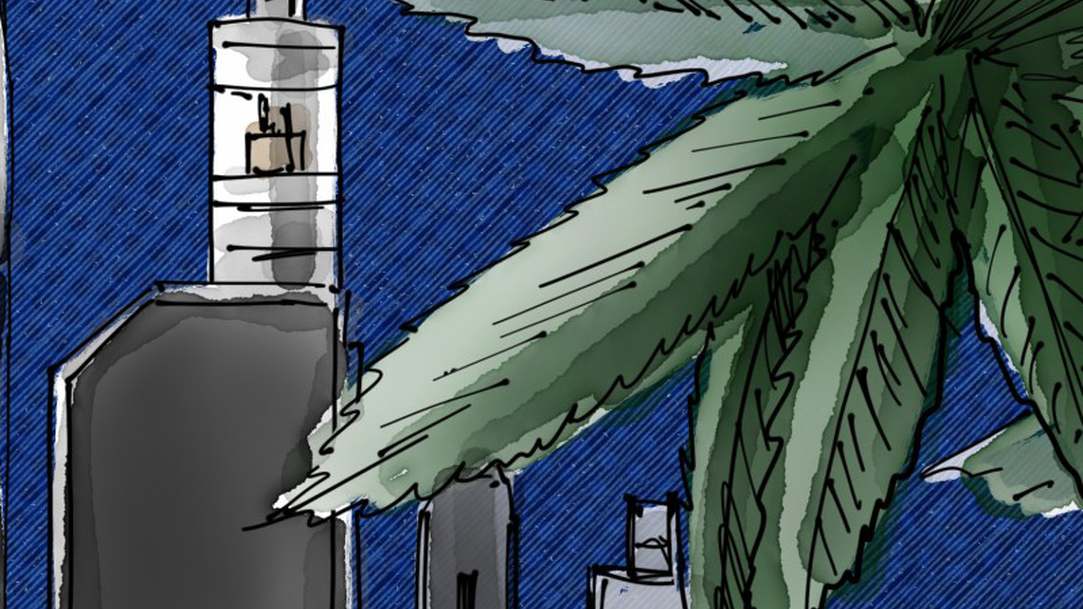 By Nigel Whittle, Head of Medical and Healthcare at Plextek. The recent news that the NHS is planning a clinical trial of cannabis oil in the UK will come as a relief to many patients suffering from chronic pain, who regularly use marijuana to alleviate their symptoms. Although research is ongoing, there is good reason to believe that non-psychoactive cannabinoids, including THC and CBD, are effective across a broad range of health conditions. Ensuring proper dosing and effective delivery of a ‘clean’ product through technical innovation will be of critical importance to the growing industry.

Over the past decade, laws relating to the use of marijuana have become increasingly relaxed in many countries, particularly the United States, for both recreational and medicinal use. What was once seen as a harmful ‘gateway’ drug which would lead to the use of increasingly powerful recreational narcotics is now being recognised to have medicinal properties that can help manage a range of conditions. For example, in the UK, Epidyolex, a cannabis-based medicine containing pure cannabidiol (CBD), has been licenced for the treatment of rare forms of epilepsy.

Any medical use of course requires precise and accurate dosing, preferably based on the outcomes from randomised control trials. To some extent the cat is out of the bag due to the widespread unlicensed use of cannabis and its derivatives for recreational use as well as medicinal use. However, an increasing number of trials are being performed which are beginning to show clear benefits in the treatment of, for example, chronic neuropathic pain.

The original ‘delivery system’ for cannabis products was of course the marijuana cigarette, but in such a form it is practically impossible to control both the nature of the inhaled products, and the dosage. More significantly it is clear that any form of smoking is likely to be harmful, due to the presence of toxic compounds created in the combustion process which can damage airways and air sacs in the lungs, quite apart from the increased risk of lung cancer. It was hoped that vaping, in which volatile compounds such as nicotine are vaporised inside an e-cigarette, would offer a safe way for people to consume tobacco and other products. However, the widespread occurrence of ‘popcorn lung’, an irreversible lung disease caused by inhalation of diacetyl, an ingredient added to add flavour to e-cigarettes, has brought the realisation that no inhalation devices are truly safe. In fact, the FDA has also strongly cautioned consumers against using vape products that contain THC, as these products often also contain vitamin E acetate, which is broken down in the heating process to diacetyl.

As a result, e-cigarettes represent a growing source of concern for doctors, who believe that there is a strong correlation between rising consumption of products containing THC and vape-related illness. Nonetheless, we are today in a situation where e-cigarettes are commonplace, and medicinal cannabis usage is growing. Vaping is always likely to be safer than smoking, as the dosing and ingredients can be controlled more effectively. Encouraging people, especially youngsters, away from smoking and towards vaping as part of a substance reduction programme should impact on lung disease incidence.

So, the question becomes, how can we use technology to improve the safety of inhaled cannabis? There are perhaps three areas where we can make a start:

The technology around vaping continues to advance: for example, the ability to control the temperature of the heating element can be used to avoid overheating the carrier liquid, and prevent the element becoming too dry, burning the ingredients rather than creating vapour.

At Plextek we have conducted considerable research on trying to improve safety aspects of e-cigarettes for nicotine consumption, understanding that they can be an effective means of helping people quit the nicotine habit. One significant step forward has been the use of RF systems for heating the contents, so that a more diffuse heating pattern is created. This again avoids burning or pyrolysis of the ingredients so that a purer and cleaner product is produced.

We are looking at how we can employ those same technologies to improve the safety of cannabinoid vaping products, understanding again that reducing the safety risks can improve access to the medicinal properties of cannabinoid derivatives. Non-contact forms of heating such as RF induction can play a critical role in ensuring the overall safety, quality, and purity of the inhaled product, which are the biggest concerns to both recreational and medicinal users.