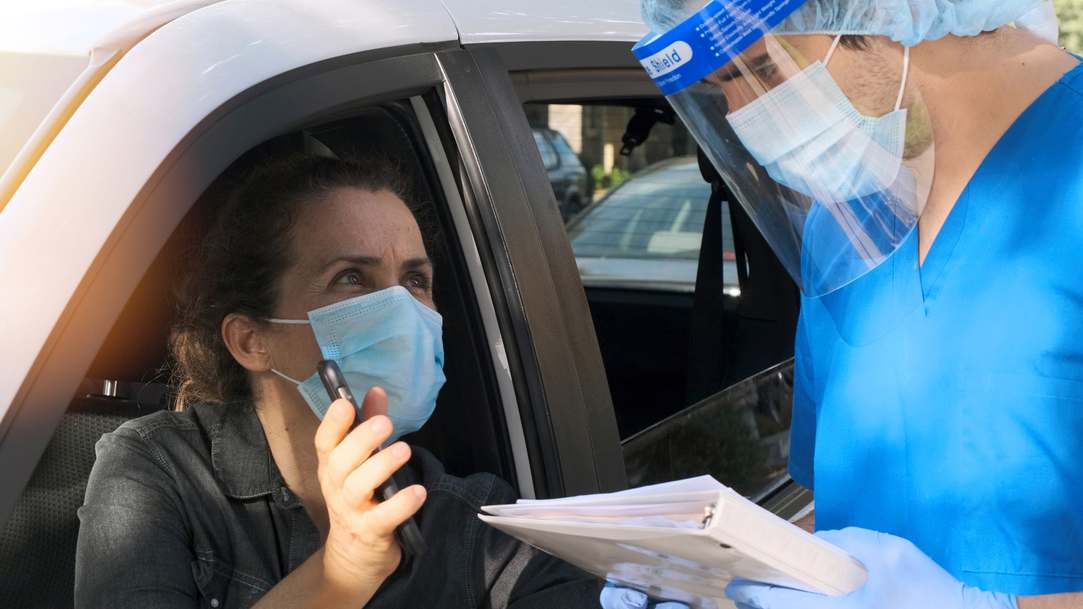 A free speech-to-text app has been tested by Addenbrooke’s Hospital, Cambridge, as a way of helping any of its medical team who are deaf or have hearing loss. The app could help team members to more easily follow and understand what someone is saying when both parties are wearing face coverings and protective PPE.

Face coverings cause communication difficulties for lots of people.  But when the pandemic started, and everyone working within the healthcare sector had to wear masks, they made it almost impossible for anyone who lip reads or uses sign language, which also relies on seeing lip patterns and facial expressions.

The free Google app, called Live Transcribe and Sound Notifications, was initially suggested to the hospital by 42 Technology (42T).  Although the clinical engineering team at Cambridge University Hospitals NHS Trust had started to develop prototype clear masks, they were keen to explore alternative solutions that may have been quicker to implement.

42T’s suggestion was to use the transcription app on a low-cost Android smartphone or Android smartwatch costing around £50.  The phone could be worn either on the user’s lapel or kept visible on the forearm using a sports arm strap.  Alternatively, the recommended smartwatch which featured a larger screen could be used or enhanced with a Bluetooth microphone for use in noisier environments.

The app automatically transcribes text in near-real time, it can be enlarged on the screen so it’s easily read, and custom words, such as specialist medical terms, can be added into the dictionary if required.  The electronics team at 42T also contacted Google’s app development team to verify that conversations processed on their servers are not recorded or stored on them.

Richard Prudence, an electronics engineer at 42 Technology who worked with Addenbrooke’s Hospital on the project, said that the company’s proposed solution would allow an Android phone or other device to be worn by the speaker or the deaf person as an alternative to clear face masks or asking someone to remove their mask.

“We thought the transcription app worked well, particularly in healthcare settings.  But it could equally be used by anyone needing an alternative to lip reading now that face coverings are compulsory for all indoor settings and on public transport.  The Google app uses existing off-the-shelf technology, and was fast and easy to set up compared with some other apps we trialled as part of this project."

In the UK, there are an estimated 12 million adults who are deaf or have significant hearing loss and for many of whom the almost universal use of face coverings during the pandemic is having devastating consequences on their daily lives.

At the start of the pandemic, several charities including Deaf Action launched campaigns calling for transparent, ‘window’ masks to be made available across all healthcare settings, including social care and support, as well as to the general public.  The US Food and Drug Administration (FDA) approved the first fully transparent surgical mask in August 2020; and in September the UK government announced that 250,000 of them would be delivered to frontline NHS and social care workers.