Under a remit of 'Network, Learn, Grow', The Cambridge Wireless Heritage SIG is to 'Flash Mob' the Information Age Gallery at the Science Museum on April 29th, bringing together the people who built the technology of the past with younger generations to pass on the accumulated knowledge.

Science Museum visit is unusual for CW in that it’s at a weekend. This has been done so that the Cambridge Wireless members who are the people who’ve designed, built and rolled out many of the systems and devices which shape our lives can bring their children and grandchildren to show how it was done.

The visit will take the form of an informal walk around the gallery with experts talking for five to ten minutes at particular exhibits.

We’ll look at the Motorola cellular base station size of a small van and yet less powerful than one of today’s Femtocells like the Vodafone Suresignal which is the size of a large mains plug.

Next to this is an interactive table which allows visitors to try their hand at cellular radio planning. Heritage SIG champion and EE’s Principle Network Architect Prof. Andy Sutton was a consultant on this and it would be fun to watch him demonstrate, and for us to have a go. Perhaps we should try before and after Andy has explained the challenges.

Mark Squires, who was at Philips paging before a long and distinguished time at Nokia to talk on these. Will talk through the pagers and early Nokia phones on display.

There is a cabinet of different generations of analogue and GSM phones. Ben Wood – the expert from CCS Insights and who has a personal collection of over 1000 handsets, and Matt Chatterley – head of devices at EE, will explain the history and impact of these phones.

In the area on Satellite Communications, Steve Bucklin, who built some of the military communications systems. Will talk thought the technologies and difficulties of the systems he worked on, much of it for secret services. Steve will also delve into the birth of consumer communicatiosn with Strowger type, telephone systems.

There are a number of home computers and 1960s mainframes. Roland Perry “father of the Amstrad 464” will talk through both of thee. Before Amstrad, Roland worked for ICL teaching maintenance of the hardware.

Next to the ARM display is a CT2 phone, Andrew Budd, former CTO of Olivetti, wrote the specs for CT2 and DECT. He’s agreed to come along and talk about this.

The gathering starts at 11:00 in the Information Age Gallery, it’s not a formal Science Museum event and there is no charge but we would encourage you to contribute to the Science Museum which has a voluntary £5 donation.

The event will take a little over two hours after which, for those without children, it’s expected that many with repair to a local pub.

Ben Wood/Matt Chatterley – the time when mobiles were interesting

Roland Perry – Birth of the micro 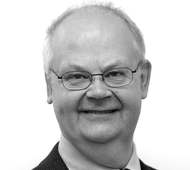 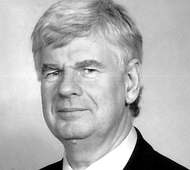