The FemTech market, a $200 billion industry (technology/products/software that focus on women's health) is currently booming - around $1.1 billion in funding since 2014 - but it is still nowhere near as large as it should be considering that women represent almost half of the population and +75 percent of consumer buying power. As part of the CW Unplugged programme events of Tech for Good initiatives in 2018 aimed mostly at the younger tech audience CW will be addressing four of the seventeen Sustainable Development Goals set by the UN this year, starting with FemTech on February 23rd at the Bradfield Centre in Cambridge.

This event will bring together two very innovative start-ups, impact investors, designers, engineers,  to help create solutions to specific challenges for these two start ups as well as others who may join this event. The real tough work will be outside this event over the year with a sustainable effort with support from mentors, platforms and connections to turn some of these solutions into reality and impact.

To ensure we have the right group of people attending this exclusive event we would like to invite you to register your interest by clicking 'reserve a place' and we will reply back to confirm your suitability.

Hosted by The Bradfield Centre

The Bradfield Centre is the premier Tech Hub serving the Cambridge technology cluster and the wider East of England region.

u-blox is the global leader in positioning and wireless semiconductors 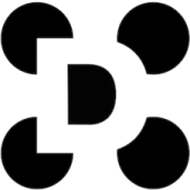 We are a Cambridge UK based user experience design studio and innovation lab.

Arm defines the pervasive computing shaping today’s connected world. www.2030Vision.com is an Arm founded initiative uniting to deliver technology for the global goals. Interested attendees can sign up for news updates via info@2030Vision.com.

A vision to create a world where all women have menstrual dignity. What does that mean, why is there an issue in 2018 and how can FemTech help?

‘Consumerisation of Women’s Health - The Dawn of FemTech’

Why should monitoring gynaecological health no longer be a privilege but a right? As a field that has seen a lack of innovation in almost a couple of decades, have investors overlooked elegant opportunities in women’s health?

What is an impact venture?
How is it different to other start-ups…or is it the same?
What are the fundraising options?
Why should investors consider an impact start-up? 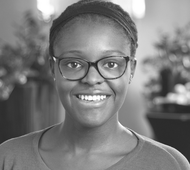 Chantelle is the co-founder of Syrona and has a background in Science and Business. She is a graduate of the M.Phil. Bioscience Enterprise at the University of Cambridge. Her experience at P&G and Philips Healthcare gave her a deep understanding of consumer goods and how healthcare and science can intersect to bring healthcare to the masses. She also has recent experience in Scientific, Pharmaceutical and Medical Device consultancy where she has worked alongside top Pharmaceutical companies and specialists at Addenbrookes hospital. 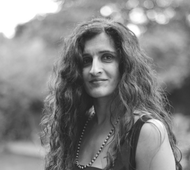 Manjit K. Gill, is CEO and founder of the phenomenal UK registered charity, Binti International. Binti has a vision to create a world where all women have menstrual dignity. She has amassed over 20 years of international business expertise and has been involved in 7 startups prior to Binti. It was her role as a volunteer mentor for a young lady in Kenya with the Cherie Blair Foundation that led her to start Binti where she found out that some women do not have access to sanitary products. Her mission is to create a huge, social impact, whilst generating a sustainable organisation, and providing basic menstrual hygiene solutions and education for girls and women across the world. Manjit has been nominated and won several awards for her work at Binti including: AWAA Social and Humanitarian award where she was highly commended in association with Nat West. In July she won the Lift effects top 100 star award. Last August she was named Woman of the Year through receiving the Asian Achievers Award in association with EY. In December she was recognised as an inspirational Top Ten Sikh woman in the UK. She has also been profiled in many notable publications including Marie Claire, The Independent, The Metro, The Times of India, Canary Wharf magazine, Thomson and Reuters Foundation. Manjit says her faith has led her to believe she can accomplish anything that she puts her mind to and that belief has led her to follow her passion and drive to keep going. She says maybe that is why when she found out some women do not have access to sanitary pads it fuelled her fire to create change - because she knows that without a pad she would not have been able to have done half the things that she has done. For more information please go to binti.co.uk 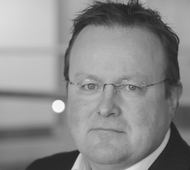 Paul leads Allia’s “Serious Impact” enterprise support activity, including its accelerators, incubators and Innovation Lab at all Allia locations. Prior to Joining Allia, Paul worked with range of technology businesses (including Agritech, Biopharma, ICT, Cleantech) around the world, primarily in the areas of strategy, fundraising and corporate development. Paul has co-founded a significant biofuels business in the UK and worked in international investment banking in the USA. Paul is on the Advisory Board for a number of exciting ventures and is a Global Judge for the MassChallenge accelerator programme. 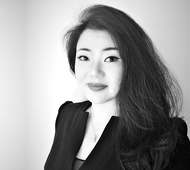 A chartered engineer and technologist, a non-executive director, advisor, and ambassador, Sylvia has over a decade of experience in the Telecom industry for four mobile generations and was recognised as UK's Top 50 Women in Engineering.

She offers guidance on the impact of emerging technologies on products and strategy, as well as major inter-sector, multi-country projects. She also provides industry-focused, independent advice to the government and policy panels on future plans for 5G development.

Sylvia is an elected Board Director of CW (Cambridge Wireless) and was appointed to the Advisory Board of UK5G in 2018. She was appointed as Vice-chair of UK5G International Working Group in 2019, co-leading the development of UK proposition and engagement plan with overseas government and industry bodies. She has initiated and signed an MoU with 5G-ACIA on behalf of UK5G to accelerate the development of 5G in the UK’s manufacturing sector. Sylvia also serves on the IET Digital Policy Panel, helps to raise awareness of societal impacts of emerging technologies and the resilience of cross-sector infrastructure.

Sylvia was handpicked as an Ambassador of the Women of the Future programme; inspires and empowers female engineers and future leaders as a role model and through appearances and talks at schools and universities. Sylvia promotes diversity and inclusion, winning several special recognitions for work on empowering future female trailblazers. Sylvia is also an amateur artist. 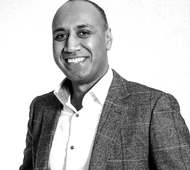 Abhi is the CEO, Founder of the Product as a Service Consortium and CCO of CW Cambridge Wireless. Abhi was the CEO and Founder of Zone V, a Cambridge start-up backed by Qualcomm and ARM focused on empowering people with aging eyes and visual impairment through inclusively designed smartphone software. He held senior roles at Powermat, San Jose-based Synaptics and advisory roles for Goldman Sachs and Silver Lake in the area of mobile user interface technologies. Abhi is a senior advisor to an autonomous vehicle mobility scale up, Conigital, Industry Partner for Arjun Infrastructure Partners with 3 Billion Euros of assets under management and an Ambassador for the United Nations Global Sustainability Index Institute. Abhi studied Electronics and Electrical Engineering, has an MBA in International Marketing and was approached by Cambridge University Press to co-author a book with Peter Whale of Qualcomm on Mobile Handset Design. 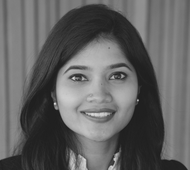 Anya is the co-founder of Syrona and has a background in mathematics and science. She is a graduate of Cambridge University and has diverse experience working in top tier investment banks such as Goldman Sachs and the EIB, the investment banking arm of the EU. She has experience in medical devices and the NHS hospital within General Medicine. She also has recent experience in healthcare venture capital as an Associate and is an advocate for diversity within entrepreneurship.

Tickets are on sale for CWIC: Wireless in Digital and Circular Economies. Network with wireless business leaders at the spacious IWM Duxford, or attend online.