Brought to you by The Connected Devices Group

At this online SIG event we will discuss how that micro-powered, energy-harvesting IoT device is going to communicate over the next decade, with a selection of operators and other solution providers.

One significant operator, Japan's DoCoMo, has just killed off their NB-IoT data service, probably because the business model of $1 per device per year didn't make sense. NB-IoT was going to replace the old, simple, low-powered 2G/GPRS services that many operators are retiring. Which leaves a bit of a gap, as 4G technology is a lot more power-hungry and complex, and 5G is only going to continue that trend.

At this online SIG event we will discuss how that micro-powered, energy-harvesting IoT device is going to communicate over the next decade, with a selection of operators and other solution providers.

Speaker to be announced 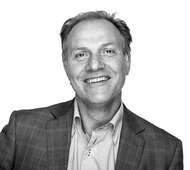 Educated in the Netherlands Henk’s career has been closely entwined with the development of new technologies for cordless communication, cellular networks and digital TV.

Henk joined Huawei leading the team at Neul whose technology became the basis for the new 3GPP NB-IoT standard, and who successfully developed the world’s first NB-IoT SoC, now deployed in devices for the 30+ NB-IoT networks in more than 20 countries.

In 2017 Henk took responsibility for all of Huawei’s R&D activities in the UK, including design centres in Bristol, Cambridge, Edinburgh, Ipswich and London and additional collaborations with universities and business partners across the country.

Prior to joining Huawei Henk has been chief marketing officer at Plextek and sales & marketing director at Symbionics, where he was responsible for standardisation, business promotion and sales, playing a leading role in the growth of the company and its eventual sale to Cadence.

Henk’s relationship with CW started when he was head of strategic investment at EEDA, responsible for seed funding the Discovering Startups competition, developing open innovation science parks with BT, GSK and Unilever as well as co-funding 14 innovation and incubation centres including the Hauser Forum and the Gnome Centre at Norwich Research Park. Henk remains a director of Hethel Innovation, a highly successful incubation and innovation specialist. 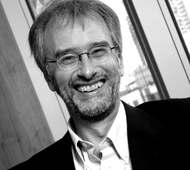 Paul originated Arkessa in 2006 - the business that provides remote internet services to multitudes of machines. He is currently creating the services Arkessa will offer in five year's time. His professional life combined engineering and science has taken him through a variety of roles, including design and production engineering, business planning, marketing and corporate sales, mainly in the telecommunications sector. Interestingly, the first product he introduced to manufacture is now is in the Science Museum in London. A passionate and committed Christian, Paul is as excited about materials science and quantum physics as he is interested in railways, walking, skiing and the natural world. 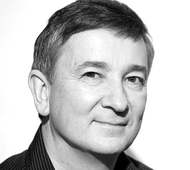 For the past thirty years Nick has been closely involved with short range wireless and communications, designing technology that helps to bring mobility to products, particularly in the areas of telematics, M2M, IoT, wearables, smart energy and mobile health. He is closely involved with the Bluetooth SIG, the Continua Alliance and other medical and wireless standards bodies. He is the author of 'The Essentials of Short Range Wireless' - a book attempting to explain the application of wireless technology to product developers. 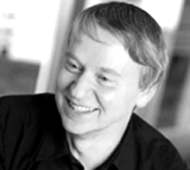 Cambridge Consultants was started in 1960 to pioneer the delivery of independent design and development services in electronic, mechanical and product engineering: we are one of the founder companies of the high-technology Cambridge Phenomenon. Our history of world-class services is augmented by our development of intellectual property in areas including telecommunications, software, silicon, medical devices, machine learning, and by more than 20 successful spin-out ventures. Today Cambridge Consultants employs over 900 world-class engineers, scientists, project managers and technicians with offices in Cambridge UK, Boston, Seattle, San Francisco, Singapore and Tokyo; we provide the full range of services for excellent product design to a worldwide client base in the wireless, consumer, industrial, energy and medical markets. Tim Whittaker is a System Architect in the Wireless business unit, where he has taken the technical lead in projects using radio
standards like Bluetooth, ZigBee, DECT, and in the creation of specialist communications schemes for new applications, or to use new spectrum allocations.