Brought to you by The Academic & Industry Group

Four years after the Manchester-based Andre Geim and Konstantin Novoselov were awarded a Nobel Prize for their ground-breaking work on graphene, this material and its applications have become the focus of one of the largest and best funded global research efforts ever.

Public (Academia and Governments) as well as private (industries and venture capital funds) organisations have come together to support this effort.

Graphene is expected to impact a number of areas in consumer electronics such as displays, touch screens, sensors, batteries, supercapacitors, antennas, transistors and more. These and other applications, including automotive and aerospace, have driven governments across Europe, Asia and North America to commit R&D funds in excess of $1.5 billion, of which 1 billion euro was allocated by the European Commission for its 10-yeard Graphene Flagship initiative. This scale of activity and funding is on the par with those underpinning the Human Genome Project during the 1990-2000 period.

Taking place at Microsoft Research Cambridge offices on the 25th February 2015, this insightful half-day event will gather some of the UK leading experts to discuss the raise of graphene, the extraordinary technology and funding race observed worldwide, its potential for technology and commercial impact, as well as lessons we need to learn for future emerging technologies.

Drawing on the graphene story speakers will discuss the following angles:

The Academic and Industry SIG is championed by Marc Bailey of Nokia Technologies, Claus Bendtsen of AstraZeneca, Claudio Marinelli of Applied Graphene Materials, Bozidar Radunovic of Microsoft Research Cambridge and Ian Wassell of University of Cambridge.

Microlease is the expert in Test and Measurement Equipment.

Sponsored by The KTN

The KTN is the UK'S innovation network.

James joined the University of Manchester after 25 years in Industry where most recently he was Vice-President of Technology Collaboration Programmes and Managing Director of the Advanced Technology Centres for BAE Systems in the UK. As Business Director of Graphene@Manchester (including the National Graphene Institute and Graphene Engineering Innovation Centre) he will be looking to develop the industrial partnerships and collaborations to accelerate the commercialisation opportunities for graphene, building on the knowledge base of The University of Manchester - where Professors Geim and Novoselov first isolated graphene. Graphene - the so called "wonder material" could change the world with what seem endless applications and capabilities. The National Graphene Institute and Graphene Engineering Innovation Centre will provide a key hub and a world-leading centre for graphene research and will support the development of applications and business opportunities through partnerships with industry. James is a chartered engineer and a Fellow of the Institution of Engineering and Technology

Graduating with a Medical Biochemistry degree from the University of Birmingham in 1995, Ian's early career focused on molecular biology laboratory work supporting Respiratory and Inflammation drug discovery at AstraZeneca. In 1999 he left that company to undertake PhD studies in human genetics at Cambridge University, with his research conducted at the Wellcome Trust Sanger Institute during the exciting culmination of the Human Genome Project. Upon gaining his PhD he re-entered the pharmaceutical industry, joining AstraZeneca in 2003 as a Senior Bioinformatician within the Oncology research area. In 2011 he gained his current position as an Associate Principal Scientist leading a team of modellers and bioinformaticians within the Discovery Sciences department. Ian's unorthodox career path has given him experience in different disease areas, biological research fields (computational and laboratory) and settings (industrial and academic institute).

Andrea C. Ferrari earned a PhD in electrical engineering from Cambridge University, after a Laurea in nuclear engineering from Politecnico di Milano, Italy. He is Professor of Nanotechnology and head of the Nanomaterials and Spectroscopy group at the Department of Engineering and Nanoscience Centre of Cambridge University. He is the founding Director of the Cambridge Graphene Centre and of the EPSRC Centre for Doctoral Training in Graphene Technology. He is the Chair of the Executive Board of the European Graphene Flagship. He is Fellow of Pembroke College, Cambridge, Fellow of the American Physical Society, Fellow of the Institute of Physics, and Royal Society Wolfson Research Merit Award Holder. His research interests include nanomaterials growth, modelling, characterization, and devices. In particular, he focuses on graphene, nanotubes, diamond-like carbon, and nanowires for applications in electronics and photonics.

Achim has been working in the entrepreneurial cleantech sector for the last 10 years after raising government grant funding for his water disinfection technology start-up. He launched his career at the Cleantech Fraunhofer Institute IUSE as an expert for membrane process development mainly for water applications but also got involved in a wide range of other industrial cleantech projects. Later he joined McKinsey & Company initially in the Düsseldorf and then the London Office as a strategy consultant working across a variety of client industries addressing mainly strategic but also operational client issues. Achim received his Chemical Engineering Diploma and Dr Degrees from Universities in Karlsruhe (KIT) and Dortmund, Germany. He also holds an MBA from Kellogg. While being involved in a wide variety of physics investment projects and companies at IP Group, he is specifically interested in graphene and water related opportunities.

Dr Jani Kivioja is a Head of Nanomaterials area in Nokia Technologies at present. He is also in charge of the Nokia R&D site in Cambridge and a member of the board of directors of Nokia R&D (UK) ltd. In addition, he is a member of the Executive Board of the Graphene Flagship and leading the Flexible Electronics research activities within this initiative.

Dr Felice Torrisi is a University Lecturer in Graphene Technology in the Cambridge Graphene Centre at the University of Cambridge, and a Schlumberger Research Fellow at Darwin College. He works in the Electrical Engineering Division and Cambridge Graphene Centre. Dr Torrisi graduated from the University of Catania, Italy after a research period at Institute of Microelectronics and Microsystems of the Italian National Research Council before joining the Nanomaterials and Spectroscopy Group here at Cambridge in October 2008. He was awarded the “Parmee Prize for Entrepreneurship and Enterprise” and the “Young International Researcher’s Fellowship” from National Natural Science Foundation of China (NNSFC) for his ‘Graphene Printing Technology’. His research interests cover the development of nanomaterial-based dispersions, inks and coatings and their incorporation into polymer composites for printed flexible/stretchable and transparent electronics and optoelectronics. He is also a regular reviewer of major journals in the field of nanotechnology and flexible electronics, including Scientific Reports, Nano Letters, ACS Nano, Applied Physics Letters and Journal of Materials Chemistry C, Optics Express 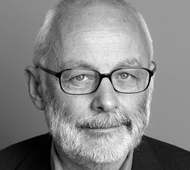 John Haine has spent his career in the electronics and communications industry, working for large corporations and with four Cambridge start-ups. His technical background includes R&D in radio circuitry and microwave circuit theory; and the design of novel radio systems for cordless telephony, mobile data, fixed wireless access and IoT communications. He has led standardisation activities in mobile data and FWA in ETSI, and contributed to WiMax in IEEE. At various times he has been involved in and led fund-raising and M&A activities. In 1999 he joined TTP Communications working on research, technology strategy and M&A; and after the company’s acquisition by Motorola became Director of Technology Strategy in Motorola Mobile Devices. After leaving Motorola he was CTO Enterprise Systems with ip.access, a manufacturer of GSM picocells and 3G femtocells. In early 2010 he joined Cognovo, which was acquired by u-blox AG in 2012. He led u-blox' involvement in 3GPP NB-IoT standardisation and the company's initial development of the first modules for trials and demonstrations. Now retired from u-blox he is a Visiting Professor in Electronic and Electrical Engineering at Bristol University, where he chairs the Centre for Doctoral Training in Communications. He was founder chair and is Board Member Emeritus of the IoT Security Foundation. He served on the CW Board and now chairs the Editorial Board of the CW Journal.  John has a first degree from Birmingham (1971) and a PhD from Leeds (1977) universities, and is a Life Member of the IEEE. 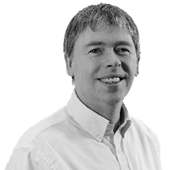 Kevin Morris received the B.Eng. and Ph.D. degrees in electronics and communications engineering from the University of Bristol, Bristol, U.K., in 1995 and 2000, respectively. He is currently a Professor of RF engineering and Head of the Department of Electrical and Electronic Engineering, University of Bristol. He has authored or co-authored 100 academic papers and he holds five patents. His research interests principally concern looking at methods of reducing power consumption in communications systems including the area of RF hardware design with a specific interest in the design of efficient linear broadband power amplifiers for use within future communications systems. Professor Morris is currently involved with a number of the Engineering and Physical Sciences Research Council (EPSRC) research programmes including FARAD and SENSE and industry funded research programmes within the U.K. He is a member of the UK Electronic Skills Foundation (UK-ESF) Strategic Advisory board. 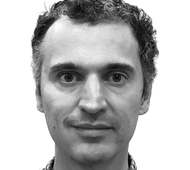 Joachim Wabnig has been educated as a theoretical physicist (PhD from Umeå University, Sweden). After postdoc placements in Oxford and Cambridge working on quantum technologies he joined the Nokia Cambridge Lab in 2011. Since then he has been working on a wide range of topics including quantum computing, quantum key distribution, compressed sensing and machine learning. He is now leading the machine learning and analytics team in Cambridge and is looking at applications in digital media and digital health. 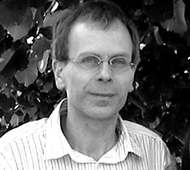 Dr Ian Wassell joined the University of Cambridge Computer Laboratory as a Senior Lecturer in January 2006. Prior to this, he was with the Department of Engineering for six years. He received the PhD degree from the University of Southampton in 1990 and the BSc., BEng. (Honours) Degrees (First Class) from the University of Loughborough in 1983. He has in excess of 25 years experience in radio communication systems gained via positions in industry and academia and has published more than 200 papers. His research interests include broadband wireless networks, wireless sensor networks, radio propagation, coding, communication signal processing, compressive sampling, and image processing and classification.