With 6G on the horizon isn't it time to get sensible and stop the hype cycle? As with all CW Talks, this event will be a debate with expert speakers presenting opposing arguments on the specified topic.

As with all CW Talks, this event will be a debate with expert speakers presenting opposing arguments.  In this case we're delighted to welcome:

When ETSI started to standardise cellular in the 90s and developed GSM it described it as “second generation” to differentiate it from the analogue systems that existed at the time.  In the wider world no one noticed, except that phones suddenly became affordable for everyone and people discovered the joy of texts.

When the next generation started to be standardised though, there was a sudden fashion for spectrum auctions which raised spectacular amounts of money for governments and “3G” was on everyone’s lips.  Suddenly cellular got interesting and its profile was raised even though 3G didn’t deliver the promise of mobile internet until the standard adopted HSPA and became unrecognisable.  (Oh, and Apple launched the iPhone of course.)

4G then arrived to put right the 3G air interface design, and to some extent fix the network protocols, and meanwhile we all bought smartphones and started using them to watch TV, consume social media, browse the web and sometimes make phone calls.

If one was cynical, 5G was needed to persuade the operators to spend another wedge of cash on more infrastructure, consumers to upgrade their phones, and regulators to auction more spectrum to raise money for exchequers.  From 3G onwards the industry has pushed the hype level to get traction, but with 5G this created conspiracy theories about how 5G caused COVID-19 and was part of a great plot to cull overpopulation and get us all to accept microchips being injected in vaccines so governments (or Bill Gates?) could control our thoughts…

Now we are starting to think about 6G, but perhaps the time has come to get sensible and stop the hype cycle?  Each successive generation is mainly “just another air interface”, with some additional optimisations of the networks.  Perhaps we should just focus attention on incremental improvements where they are needed to some mundane things.  We could fix the internet protocol stack to reduce bloat (and maybe reduce the need for more spectrum); recognise that you don’t need more technology to fix rural coverage you need more infrastructure; and do something to reduce the insane complexity of handset radios.

The CW Talks series gives the CW community a chance to discuss significant technology, market & societal issues with business decision makers and leading members of the academic community. They allow reflection on key issues and, as with all CW activity, the aim is to critically examine and discuss the underlying techology and business models. Each event is typically held in the style of a debate, with expert speakers presenting opposing arguments on a specified topic. Delegates are then invited to challenge these positions and share their own insights in the open forum.

Session to be chaired by William Webb, CW Talks curator 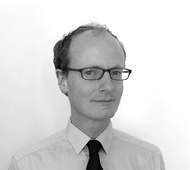 Stephen joined Communications Chambers in 2021 to provide analysis of strategic and regulatory issues for clients active in the telecoms, media and technology sectors. Prior to this he was Global Head of TMT research at HSBC, where he had worked since 1996. Under his leadership, the European telecoms team there was ranked number 1 for an unprecedented ten consecutive years in the Extel survey (now rebranded as Institutional Investor). He has input into a wide range of organisations, including 10 Downing Street, Cabinet Office, UK Treasury, DCMS, European Commission, European Parliament, DG CONNECT, DG COMPETITION, GSMA Mobile World Congress, ETNO, ECTA, Ofcom, BNetzA, AGCOM and ACM. Stephen also sat on the UK Government’s Future Communications Challenge Group 5G Committee. 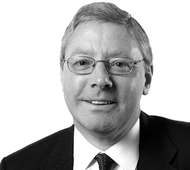 Adrian Scrase played a central role in the creation of the “3rd Generation Partnership Project” (3GPP) and is responsible for the operations of the 3GPP Project Co-ordination Group. He heads 3GPPs’ Mobile Competence Centre (MCC) which is an International team of 20 experts who provide comprehensive support to the Project.  He was also principally involved in the formation of the “oneM2M” Partnership Project and oversees ETSI’s support to that initiative.  He is CTO within ETSI with operational responsibility for all of ETSI’s standards production activities.  He has more than 40 years experience in the telecommunications field, which includes 34 years of experience in standardization. 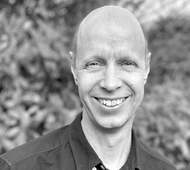 Phil Sheppard is Director and Principal Consultant at Clear Technology Consulting Limited. He has extensive experience of end-to-end telecoms technology and leadership. Phil was accountable for technology strategy & architecture at Three UK and led the definition of network transformation for 5G. He was responsible for Three’s 4G technology launch and helped launch the UK’s first 3G network. His role at Three also included sourcing technology and vendors, cost economics, commercial opportunities and he was alternate board director at DMSL (MNO JV). Before joining Three Phil worked at BT Labs on a wide range of R&D projects. 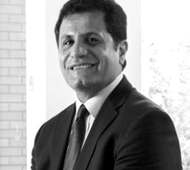 Rahim Tafazolli, Fellow of Royal Academy of Engineering, IET, WWRF and Regius Professor of Electronic Engineering, Professor of Mobile and Satellite Communications, Founder and Director of 5GIC, 6GIC and ICS (Institute for Communication Systems) at the University of Surrey. He has over 30 years of experience in digital communications, research and teaching. He has authored and co-authored more than 1000 research publications and is regularly invited to deliver keynote talks and distinguished lectures to international conferences and workshops. He was advisor to the Mayor of London (Boris Johnson) on London 2050 Infrastructure.