Looking after us at home: auto switch in the kitchen

Brought to you by The Location Group

The second of the CW Location SIG's online events on indoor positioning takes you on a tour around a smart home. How can domestic technology that knows not only our whereabouts but also our habits contribute to a lower energy lifestyle?

Indoor positioning has gradually eased its way into our lives. First it appeared in large public places: travel hubs, shopping malls. Then it found an increasingly vital role in large industrial buildings, eventually moving via the workplace and into the home.

In the second of our two online SIG events on indoor positioning we take a tour around a smart home. Knowing not only our whereabouts but our habits can turn what would be just a gimmick into something much more, a lower energy lifestyle. Positioning technology has enabled labour-saving cleaning around the home. A seamlessly connected network of devices that used to speak different languages, now communicate with each other in order to optimise our lives. They can heat areas of the house in anticipation of our arrival, clean the house when most efficient and least disruptive, minimise energy consumption without affecting our comfort. The cumulative energy saving when used widely in a domestic setting is huge.

This event is the second in a series, with the first webinar taking place on the 18th March, entitled 'Looking after us at work: where in the warehouse?' 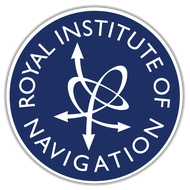 Delivered in collaboration with Royal Institute of Navigation

The Royal Institute of Navigation (RIN) is a learned society with charitable status and aims to advance the art, science and practice of navigation. 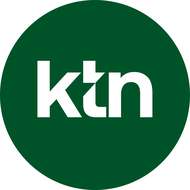 Delivered in collaboration with The KTN

The KTN is the UK'S innovation network. Connecting for Positive Change

'Why Smart Homes are about to Get Real' - Eman Martin-Vignerte, Director, Robert Bosch Ltd

'Why Smart Homes are about to Get Real'

Smart Homes are more convenient, more energy-efficient, more connected and more secure. People today already have an average of more than 10 connected devices operating in their homes, and the COVID-19 Pandemic has only accelerated this trend as business digitalisation and working from home have boomed.

Home networks, AIOT (The AI-augmented Internet of Things) and 5G will allow new connected devices, unleash usage of greener products and better holistic connectivity with plug-and-play inter-operability. Smart homes will become future-proof and possible because developers and service providers will have more flexibility and lower risk in delivering products.

'Positioning for health and happiness - how location technologies are improving how we entertain ourselves, stay safe and stay healthy' Ramsey Faragher, Founder, President, and CTO,FocalPoint

'Positioning for health and happiness - how location technologies are improving how we entertain ourselves, stay safe and stay healthy'

This talk will look into a recent explosion in positioning technologies that are aimed at improving our well being - from sports and fitness applications through children and pet tracking, and also touching on the good the bad and the ugly aspects of covid contact-tracing apps. 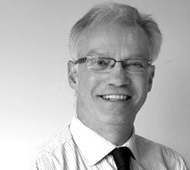 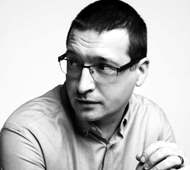 Dr Ramsey Faragher is a world-leading expert in GNSS-denied positioning, sensor fusion, and machine-learning for navigation systems. He is the Founder and CTO of Focal Point Positioning Ltd. and is leading the development of game-changing new technologies to set new standards in indoor positioning and autonomous positioning systems. He is also a Fellow of the Royal Institute of Navigation, and a Bye Fellow of Queens’ College, Cambridge. Previously he was a Senior Research Associate at the University of Cambridge, where he developed the first online SLAM-based indoor positioning system for smartphones.

Previously he was a Principal Scientist at the BAE Systems Advanced Technology Centre where he developed the award-winning and patented NAVSOP opportunistic positioning suite and other GNSS-denied tracking technologies. In 2009 he won the BAE Systems Early Career Engineer of the Year award for developing NAVSOP.

Ramsey has developed and recommended state-of-the-art improvements to the navigation systems of manned and autonomous platforms in the land, air and sea domains working with BAE Systems, MOD, ESA, RSSB and a number of SMEs. He regularly contributes to BBC Naked Scientists broadcasts, and has also provided science advice for two television production companies. 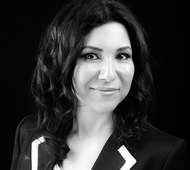 Eman Martin Vignerte is head of political affairs and government relations at Bosch UK. She holds B.S and M.S. degrees in electrical and Medical engineering from the University of Paderborn/Ulm, Germany. She was responsible for business development for telehealth in UK and Ireland. She has more than 6 years of experience in Software and hardware engineering in automotive industry. In 2004, she was the project manager for electronic pump for Hyundai customer and moved for a year to Korea. She was involved in developing the ceramic Medtronic control units for vehicle engine at Bosch GmbH. She is Vice Chair at CBI Thames Valley and board member of Local enterprise partnership Buckinghamshire. She sets on the advisory board for UK5G. She is a member at OCAVIA – The Oxford- Cambridge ARC Virtual Institute for Aviation. 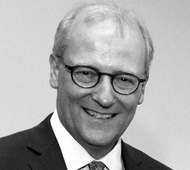 John Pottle has been Director (CEO) of the Royal Institute of Navigation since 2017. Previously John was Marketing Director at Spirent Communication plc, helping customers around the world improve the performance and resilience of positioning, navigation, timing and critical infrastructure systems. John holds a Bachelor of Science degree in Communication Engineering and a Masters degree in Business Administration (MBA). His early career was in satellite communications in London and as Commercial Development Director for Intelsat in the USA. He is a Fellow of the Royal Institute of Navigation (FRIN) and President of the International Association of Institutes of Navigation (IAIN). 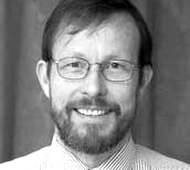 David Bartlett works in the positioning technology (R&D) group at u-blox with a focus on hybrid positioning: bringing together GNSS with terrestrial systems such as UWB and V2X, primarily in support of future autonomous vehicle, driverless car and robotics applications but also for IoT and indoor positioning. Prior to this he was CTO and co-founder of Omnisense delivering high precision indoor IoT tracking solutions. He also worked at Cambridge Positioning systems with a focus on cellular positioning and network aided GNSS techniques. 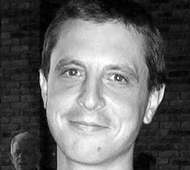 Ben has worked in positioning for 15 years, developing algorithms for satellite, cellular and other terrestrial RF technologies. At Qualcomm, Ben works in the Advanced Algorithms group, where current research areas in location are data fusion, use of sensor data for positioning and fitness applications; one day, he hopes to be given the remit to explore the area of olfactory positioning. Ben has a background in Pure Mathematics and a PhD in Combinatorics. He has over 20 different patents filed or granted, mostly on subjects relating to positioning.